Every morning, Joshua sends the President a devotional message to reflect on, something the President has said "means the world" to him. One of President Obama's longest serving aides, Joshua previously served in then-Senator Obama's legislative office, and he led the Religious Affairs Department for the 2008 Obama presidential campaign. In 2009, Joshua became the youngest-ever head of a White House office.

In addition to spiritual guidance, Joshua led the federal government's partnerships with faith-based and community groups on critical issues facing our country, from responsible fatherhood to international development and human trafficking. Joshua is a noted expert on the intersection of religion and public life, and his work has been profiled in The New York Times, Washington Post, Wall Street Journal, CNN and elsewhere. Joshua recently left the White House to author The President's Devotional a book of meditations based on the ones he sends President Obama, and to start a new consulting firm, Values Partnerships, that helps private companies and national nonprofits partner with the faith community to solve big problems.

Joshua received a Bachelor's Degree from Boston University, where he was an associate pastor at a small Pentecostal church, and a Masters in Public Affairs from Princeton University's Woodrow Wilson School. He resides in Washington D.C. with his wife, Michelle. 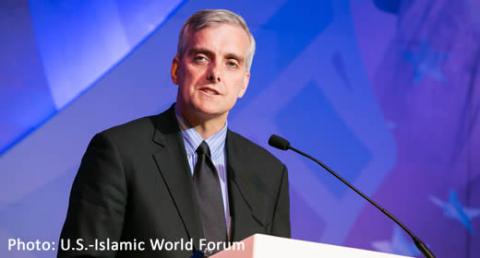