Free and Open to the Public

With Commentary provided by:
Scott L. Greer, Associate Professor of Health Management and Policy at the Univeristy of Michigan School of Public Health, and Senior Research Fellow at LSE Health, London School of Economics

Medicaid, the largest federal grant program to the states, insures over 65 million low-income people. Through the growing use of waivers and changes in federal law, the period from 1992 through 2009 featured substantial devolution to the states greatly enhancing their opportunities to innovate and tailor their Medicaid programs. The passage of the Patient Protection and Affordable Care Act in 2010 (ACA) brought this devolutionary period to a halt. The sweeping Medicaid coverage expansions mandated by the ACA unleashed a period of fractious federalism anchored in intense partisan polarization. While the Supreme Court decision of 2012 defused intergovernmental tensions by making the Medicaid coverage expansion a state option, the degree to which states would implement the expansion remained unclear. Given this backdrop, this lecture examines the challenges Medicaid faces in the second term of the Obama administration.

Scott L. Greer is Associate Professor of Health Management and Policy at the University of Michigan School of Public Health, and Senior Research Fellow at LSE Health, London School of Economics. Author or editor of six books, his work focuses on European Union health policy; devolution and health policymaking in the United Kingdom; and the territorial politics of health. He currently leads the LSE team evaluating partially elected health boards and alternative models of public participation in Scotland. His most recent books are The Politics of European Union Health Policies and the edited Devolution and Social Citizenship in the United Kingdom. His work has been published in journals including the British Medical Journal, European Union Politics, Journal of European Public Policy, Journal of European Social Policy, Journal of Social Policy, Policy and Politics, Public Policy and Administration, Regional and Federal Studies, Regulation and Governance, and Social Policy and Administration.

Frank J. Thompson (Ph.D., University of California, Berkeley) is Professor of Public Affairs and Administration at Rutgers-Newark and at the Rutgers Center for State Health Policy in New Brunswick. Professor Thompson has served as a fellow with the U.S. Public Health Service and published extensively on issues of health policy and implementation. With support from the Robert Wood Johnson Foundation Investigator Award Program, he has recently completed a book about Medicaid, federalism, and health reform during the Clinton, G.W. Bush, and Obama administrations. His recent publications focus on Medicaid and the safety net, the catalytic role of demonstration waivers in reshaping Medicaid, the transformation of Medicaid long-term care through the waiver process, and the implementation challenges for Medicaid under the Affordable Care Act of 2010. Prior to joining the faculty at Rutgers, Professor Thompson served as Dean of the Rockefeller College of Public Affairs and Policy at the State University of New York at Albany. Thompson received his undergraduate degree in political science from the University of Chicago and his M.A. and Ph.D. in that subject from the University of California, Berkeley. He is a fellow of the National Academy of Public Administration and was Executive Director of the National Commission on State and Local Public Service. 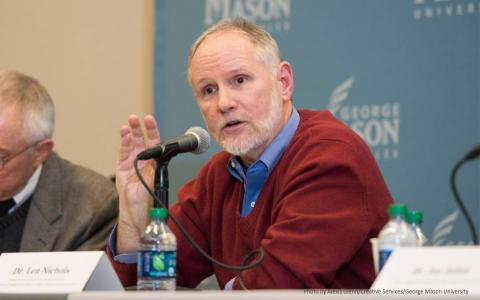