Free and open to the public.
Reception to follow.

Lecture by Alan Bersin, Assistant Secretary of International Affairs and Chief Diplomatic Officer for the Department of Homeland Security

From the Speaker's bio:
Alan Bersin commenced service as Assistant Secretary of International Affairs and Chief Diplomatic Officer for the Department of Homeland Security on January 3, 2012. In that capacity, he oversees the Department's international engagement and serves as the principal advisor to Secretary Janet Napolitano on all international affairs. Previously, Bersin served as Commissioner of U.S. Customs and Border Protection where he oversaw the operations of CBP's 57,000-employee work force and managed an operating budget of more than $11 billion geared to protecting the nation's borders from all threats while expediting lawful trade and travel.

In 2009, Bersin served as Assistant Secretary and Special Representative for Border Affairs in the Department of Homeland Security. Prior to this service, Bersin served as Chairman of the San Diego County Regional Airport Authority, California's Secretary of Education between (July 2005-December 2006) in the Administration of Gov. Arnold Schwarzenegger.

Between 1998 and 2005, he served as Superintendent of Public Education in San Diego where he launched a major reorganization of the district to focus its resources strategically on instruction and to modernize its business infrastructure in order to support teaching and learning in the classroom.

Prior to becoming the leader of the nation's eighth largest urban school district, he was appointed by President Bill Clinton as the United States Attorney for the Southern District of California and confirmed in that capacity by the U.S. Senate. Mr. Bersin served as U.S. Attorney for nearly five years and as the Attorney General's Southwest Border Representative responsible for coordinating federal law enforcement on the border from South Texas to Southern California. 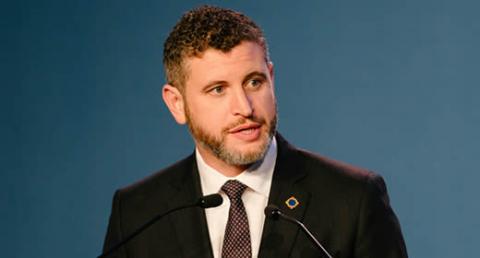