On September 11, 2001, our security environment changed forever.  For the first time, a non-state actor, al Qaida, had inflicted significant damage on a state.  In one hour and 17 minutes, 19 terrorists murdered 2977 people from more than 90 countries and inflicted tens of billions of dollars of damage on the United States. Hear how the rise of non-state actors with global reach, like al Qaida and ISIS, has significantly complicated an already difficult international security environment.

General George W. Casey, Jr. served at the 36th Chief of Staff for the U. S. Army from April 10, 2007 to April 11, 2011. In his previous assigment, he was the Commander of the Multi-National Force - Iraq, a coalition of over thirty countries from July 1, 2004 to February 10, 2007. George Casey was commissioned a second lieutenant of Infantry from Georgetown University School of Foreign Service in 1970. Throughout his career, Casey has served on operational assignments in Germany, Italy, Egypt, Southwest Asia, and the United States. He has commanded at every level from platoon to division. General Casey holds a Master's degree in International Relations from Denver University and has served as a Senior Fellow at the Atlantic Council of the United States. 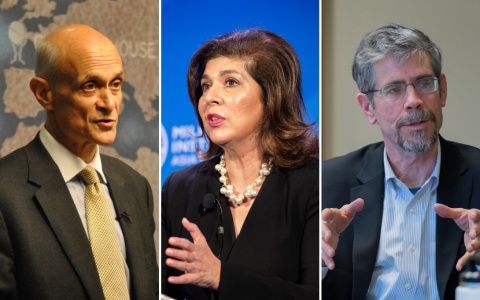