On Dec. 18, 2007, the Pinellas County School Board abandoned integration. They justified the vote with bold promises: Schools in poor, black neighborhoods would get more money, more staff, more resources. They delivered none of that.

This is the story of how district leaders turned five once-average schools into Failure Factories.

Lisa Gartner is a writer on the enterprise team at the Tampa Bay Times. In 2016, she and Times reporters Cara Fitzpatrick and Michael LaForgia won the Pulitzer Price for Local Reporting for "Failure Factories." The series also won the Livingston Award, the Polk Award for Education Reporting, the Worth Bingham Prize for Investigative Journalism and the Investigative Reporters and Editors Medal, among other honors. Gartner joined the Times in 2013. She grew up in Wellington, FL, and attended Northwestern University's Medill School of Journalism. After graduating in 2010, she joined The Washington Examiner to report on education in the D.C. metro area. At the Times, Gartner covered Pinellas County Schools and higher education before joining the enterprise team in 2016.

Michael LaForgia is a reporter on the investigations team at the Tampa Bay Times. He has twice won the Pulitzer Prize for Local Reporting - in 2014 for exposing problems in a Hillsborough County homeless program and in 2016 for the "Failure Factories" series, for which he also won a Livingston Award. He joined the Times in 2012.

Nathaniel Lash joined the Tampa Bay Times in 2015 as an intern and became a data reporter. He was a fellow at The Center for Investigative Reporting, an intern at Newsday and a news applications developer at The Wall Street Journal. A Livingston Award winner, Lash graduated from the University of Urbana-Champaign with a degree in news-editorial journalism.

Dr. Tabbye Chavous is the director of the National Center for Institutional Diversity (NCID) and a Professor of Education and Professor of Psychology at the University of Michigan. She is also a co-founder, co-director, and principal investigator in U-M's Center for the Study of Black Youth in Context (CSBYC). Her expertise and research activities center around (1) social identity development among Black adolescents and young adults; (2) achievement motivation processes among ethnic minority students, including relations among individuals' racial/ethnic, gender, and academic identities; (3) educational transitions in secondary schooling and higher education; and (4) diversity and multicultural climates in secondary and higher education settings and implications for students' academic, social, and psychological adjustment.

Brian Jacob, moderator, is the Walter H. Annenberg Professor of Education Policy, Professor of Economics, and Professor of Education at the University of Michigan. He is Co-Director of the Education Policy Initiative (EPI) and former director of the Center for Local, State and Urban Policy (CLOSUP), as well as a Research Associate at the National Bureau of Economic Research (NBER). He has previously served as a policy analyst in the NYC Mayor's Office and taught middle school in East Harlem. His primary fields of interest are labor economics, program evaluation, and the economics of education. His current research focuses on school accountability, teacher labor markets and virtual schooling. In 2008, Jacob received the David N. Kershaw Prize, an award given every two years to honor persons who, at under the age of 40, have made a distinguished contribution to the field of public policy. He received his BA from Harvard College and his PhD from the University of Chicago.

About the Livingston Awards:

The Livingston Awards for Young Journalists are the most prestigious honor for professional journalists under the age of 35. Livingston judges, drawn from the most accomplished figures in the profession, select winners in local, national and international reporting. Entries from print, broadcast and online journalism are judged against one another as technology blurs distinctions between platforms. The prizes are sponsored by the University of Michigan, the John S. and James L. Knight Foundation and the Indian Trail Charitable Foundation. The Livingston Awards are administered by Wallace House. at the University of Michigan, home to the Knight-Wallace Fellowships and the Livingston Awards.

This event is co-sponsored by the Education Policy Initiative and Wallace House. 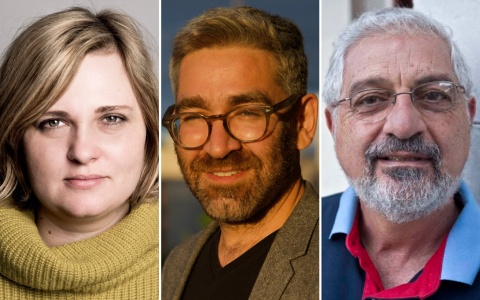 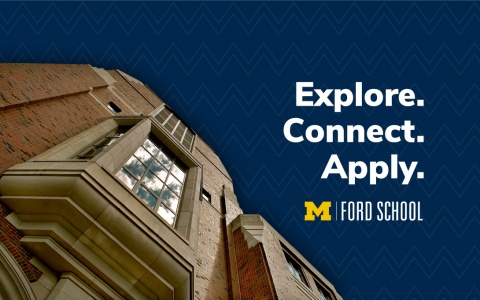