Latesha Love (MPP '02) was two weeks into her second year of graduate school in Ann Arbor, getting dressed for class and watching the news with an absent-minded interest, when she realized that "something was really, really, really wrong." It was the morning of September 11, and Love, like everyone else in America, quickly became riveted by the events unfolding on her television.

The North Tower of the World Trade Center had collapsed after a hijacked plane had been flown into it. The South Tower had been struck, too, as had the Pentagon in Washington, DC. And just before 10 a.m., nearly an hour after Flight 175 first crashed into it, Love watched as the South Tower collapsed, crushing hundreds of New York City firefighters who had rushed in, even as police, on orders to evacuate, rushed out.

Though she couldn't have imagined it at the time, investigating this single hour between strike and collapse would be the primary focus of Love's work for nearly two years when she joined the Government Accountability Office as a policy analyst after graduation. When the police realized the second tower would fall, why didn't they warn the firefighters? What was wrong with the city's emergency communication system?

Love interviewed officials at a half-dozen federal agencies, talked to prominent communication experts around the nation, and interviewed or visited first responders and emergency managers from New York and nine other states. The goal: "to make the whole story unfold from a bird's eye view."

The city's poorly designed wireless communications systems, she discovered, hadn't allowed firefighters, police, and paramedics to share crucial, life-saving information during the disaster. Each agency had its own equipment and frequency. So the police could communicate with the police, but not with the firefighters, or the paramedics, or the state, or the federal government.

"There were two 'ah ha' moments for me," says Love, looking back. First, that all across the nation states were receiving grants, significant amounts of money, to build emergency communication systems, but no one was ensuring that these systems would communicate with each other. "We were spending money to make the problem worse," explains Love. The second 'ah ha' moment? That even if every agency in the nation magically used those grants to buy equipment that would be capable of communicating with the others, it still wouldn't solve the problem.

The federal government, explains Love, uses particular communication frequencies. States use other frequencies. Local governments use others, still. "You could buy all the expensive equipment you wanted; if it couldn't actually operate on the same radio spectrum, it wouldn't matter."

In the years since the GAO's 2004 report, all of these recommendations have been implemented, and every state in America now has a federally approved interoperable communications plan.

Asked if we've had a crisis recently that has tested America's interoperable communications system, Love says "yes, all of them."

"This wasn't just about a 9/11-sized terrorist attack," says Love. "This was about responding to a tornado that goes across two counties, or responding to a hurricane, or a storm, or a flood."

After Love's initial report on 9/11 communications, she was assigned a series of unrelated studies reviewing post-disaster responses to Hurricane Katrina and a number of other storms. "It was ironic," says Love. "I'd go to these meetings to investigate the response to natural disasters and one of the things they would always talk about was interoperable communications, exactly what I'd addressed after 9/11—what they'd done, how it had worked... So is there one event? No. All of them are affected by our ability to communicate better now."

Today, Love leads teams of analysts that investigate a wide variety of Congressional concerns, recommending actionable solutions that save U.S. taxpayer dollars, while improving the efficiency and effectiveness of government. "The Ford School taught me how to conduct and write analysis that is balanced, objective, direct, and above reproach," says Love. "In DC, a truly independent, unbiased review is rare and it's powerful." 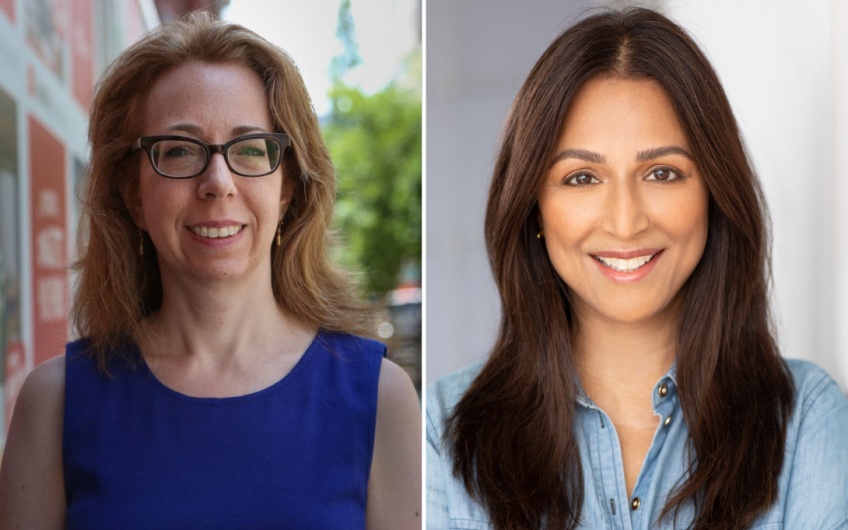 Read more about "Journalists discuss covering 9/11 and its aftermath "