Direct Relief International (DRI), a nonprofit, nonpartisan relief organization with Ford School ties, recently received accolades for its innovative work in mapping the spread of Ebola in west Africa. In a recent Fast Company article, "The World's Top 10 Most Innovative Companies of 2015 in Not-For-Profit" (to be featured in next month’s print edition), the global media brand hailed the mapping project’s role in reversing the spread of the disease and caring for those affected.

DRI works with pharmaceutical and medical companies to secure donations of medicine, supplies, and equipment, and then ships those life-saving materials to front-line clinics around the world. Andrew Schroeder (MPP ’07), director of research and analysis for Direct Relief, helps the organization identify the areas in greatest need to maximize the impact of limited resources and direct aid to the places where it will do the most good. “Addressing a major disaster or disease outbreak is problematic enough, but add in the difficulty of tracking people and germs in low-tech nations, and the task is even more daunting,” Fast Company wrote. Indeed, the disease’s highly infectious nature meant that inadequate tracking and analysis could have a devastating impact on individual and global public health.

Last summer, Nate Gire, a master of public policy candidate at the Ford School, interned with Schroeder to aid in that process. At the time he started his internship, the Ebola outbreak was limited to Guinea, but when it spread to Liberia, the Liberian Ministry of Health reached out to Direct Relief for assistance, and Schroeder put Gire’s talents to use. Speaking to the program’s success, Fast Company highlighted that “the mapping and data collection allowed the group to track the spread of the disease and identify where help was needed.”

This isn’t the first time Direct Relief has enlisted the support of Ford School MPP candidates. In 2008, John Schurrer (MPP ’09) worked with Schroeder, searching for ways that Direct Relief could aid in a massive humanitarian effort following a devastating 8.0-magnitude earthquake in China. And in April 2011, just six weeks after the Tohoku quake generated a tsunami that claimed 20,000 lives and precipitated multiple nuclear reactor meltdowns, Yohei Chiba (MPP ’12) boarded a plane home to Japan, where he channeled $4 million in donations to eight NGOs engaged in vital Tohoku relief efforts.

When Gire spoke to the Ford School after returning to Ann Arbor in fall 2014, he shared that “Direct Relief has consistently been noted one of the most efficient non-profits in the country. It was really great knowing that I was helping to form the organization’s decision-making process, as well as the public at large on what their contributions were supporting.” 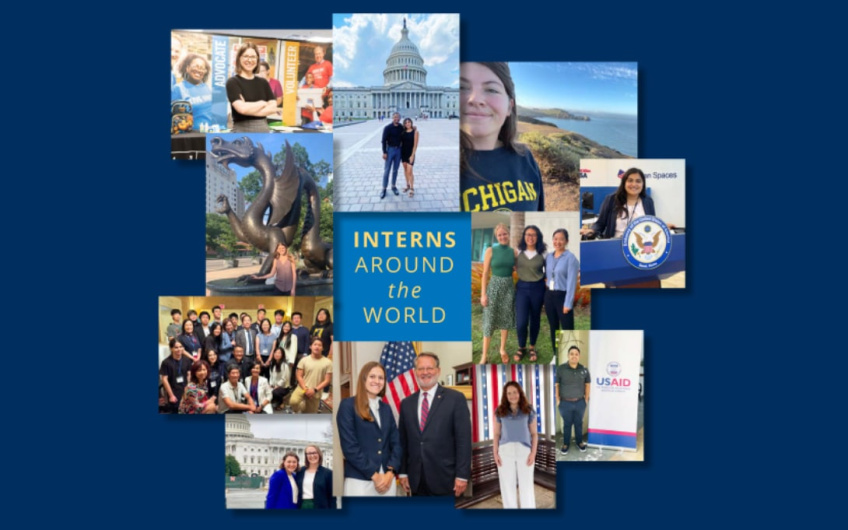 Read more about "Interns around the world "