Luz Viviana Meza (MPP '17) is submitting this field report from her summer 2016 internship at the City of Detroit mayor's office, where she works with the Department of Immigrant Affairs and the Department of Neighborhoods (District 6).

As a Bohnett Leadership and Public Service Fellow I had the privilege of working for the Detroit mayor’s office in my home community of Southwest Detroit. The mayor’s office granted me the flexibility of splitting my time between a public-facing role with the Department of Neighborhoods in District 6 and a policy-oriented role in the Department of Immigrant Affairs. These shared assignments provided a wonderful opportunity to use my skills in policy and my previous experience in immigrant rights advocacy, while forming relationships with key stakeholders in my community.

Detroit’s District 6 encompasses a diverse range of communities including Corktown, Southwest, Boynton, Delray, and portions of Downtown and Midtown. The issues faced by the different neighborhoods in District 6 are just as diverse as the demographic composition of these communities. The Department of Neighborhoods directly addresses the concerns of each district’s residents through district managers and deputy district managers who streamline community issues through various city departments. As an intern with District 6, I was able to work on the ground in my home district, listening to and assisting in resolving the concerns of our residents. In this role, I assisted the District 6 team in resolving inquiries ranging from land disputes and blighted properties to questions about prospects for community service and development programs. This task required thorough knowledge of the different neighborhoods and organizations in the area in order to provide the appropriate approach and resolve to issues at hand.

One of the highest priorities in District 6 is assisting the large immigrant community in the Southwest area to overcome barriers due to lack of documentation or language differences. My work with the Department of Immigrant Affairs focused precisely on improving access to resources for disadvantaged groups within the city through the Municipal Identification Program, approved by Detroit City Council this past May. The Municipal ID program was designed to provide a form of identification for residents of the city who are unable to access State of Michigan IDs and Driver's Licenses - including undocumented immigrants, homeless residents, returning citizens, youth, and seniors. I was at the core of a working group tasked with developing and ensuring effective implementation of the program, which will launch this coming fall.

After spending a short time away from Michigan, this internship has allowed me to reestablish connections in Detroit while applying my experience in immigrant rights and policy. Furthermore, I have been fortunate to find outstanding mentors in my supervisors at the City of Detroit. All of this was topped by a summer well-spent enjoying the vibrancy of Detroit and its people with cool days out by the river and warm nights to the tune of Motown.

Her internship is made possible through generous support from the David Bohnett Foundation. 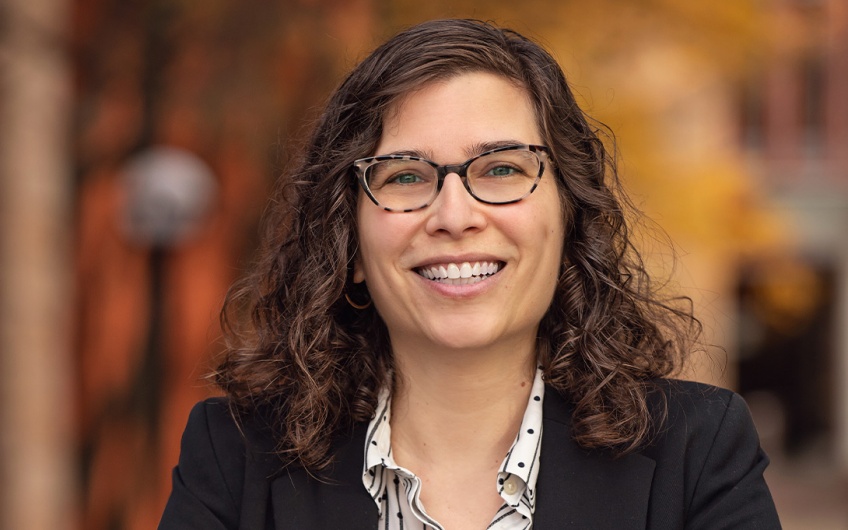 Read more about "Kleinman weighs in on Detroit ShotSpotter debate "