Michael Manansala (MPP '17) is submitting this field report from his summer 2016 internship at the Pearson Affordable Learning Fund, Manila, Philippines.

With a couple of days left in my internship, I’m about to finalize my deliverables, dotting the remaining I’s and crossing the last few T’s. It’s a bittersweet feeling. On the one hand, I’m excited to see my friends and classmates in Ann Arbor. On the other hand, I’ll miss the amazing Filipino cultural experience as well as my family, friends, and colleagues in Manila.

Through UM’s William Davidson Institute, I accepted a position as a Summer Fellow at the Pearson Affordable Learning Fund (PALF) and was embedded in PALF’s portfolio company, the Affordable Private Education Centers (APEC) in the Philippines. PALF is the venture capital subsidiary of Pearson Plc, the world’s largest learning company. The Fund makes minority investments in for-profit companies in emerging markets that advance learning outcomes through low-cost tools and services. Some of PALF’s investments include learning management platforms, low-cost school chains, and student information systems.

Out of PALF’s many investments, APEC is its largest portfolio company. It’s also a multimillion-dollar joint venture with the Ayala Group, one of the biggest conglomerates in the Philippines. Although APEC started three years ago in small, rented classrooms at Emilio Aguinaldo College in Manila, it has since expanded to become the largest private school network in the country, serving over 10,000 students in 27 sites around Metro Manila. The school’s mission is to deliver affordable, high-quality education that creates a pipeline to employment opportunities for APEC students, most of whom come from lower middle class families. As a policy student interested in education as a means to develop a workforce, reduce brain drain, and combat inequality in emerging markets, APEC Schools was an organizational fit for me.

As a Fellow, I shaped APEC’s academic strategy and directed two work streams critical to the school’s efficacy objectives. I designed APEC’s annual benchmarking blueprint by surveying three K-12 standardized assessments in the Philippines and piloting two tests with a sample of 3,000 students in order to determine the best testing service for APEC. My final deliverable is APEC’s Annual Testing Plan, which includes the proposed assessment, the sampling method, the implementation timeline, and the estimated cost of the baseline and endline assessments for APEC in 2016.

My second task is hiring APEC’s Chief Academic Officer. This required stakeholder meetings with APEC’s management team as well as PALF’s Head of Efficacy and Head of Asia to ascertain what characteristics APEC and PALF desired in a Chief Academic Officer. Then, I designed the recruitment and hiring process, and drafted the job description for the CAO, the candidate assessment, and the interviewer’s rubric. Since I will not be present for the actual hiring process, my final two weeks will be spent handing off the recruitment work stream to APEC’s Head of HR, who will use the tools and strategy I designed to recruit APEC’s CAO, a key position that has been vacant for two years.

Accepting this Fellowship took me halfway around the world and back to my country of birth, a place I haven’t visited since college six years ago. Once again, I was in the Philippines for an internship and for the second time in a row, I witnessed the country’s presidential transition. In both instances, my work was also relevant to a recent policy reform in the Philippines. While my previous position centered on the Philippines’s recently enacted climate change bill, this summer, my Fellowship revolved around education in the same year as the country’s major transition from K-10 to K-12 education. This time around, I owned my work streams, and my legacy at APEC will directly affect the lives of thousands of families for many years to come.

I’d like to thank the Ford School, WDI, PALF, and APEC Schools for this remarkable opportunity. I recommend this fellowship for anyone seeking a high-impact experience that develops your leadership skills and positions you well for management roles in large organizations. This Fellowship taught me valuable lessons in relationship building, company strategy, and proactive management, and I’ve barely scratched the surface. However, while it’s truly #MoreFunInThePhilippines, the #GradSchoolGrind calls to me and I’m looking forward to my final best year at the Ford School. Maraming salamat!

Born in Manila and raised in Minnesota, Michael Manansala was an Associate at DAI, where he supported the Food & Enterprise Development program in Liberia, USAID’s largest Feed the Future project in Africa. Michael also served as the Alumni Chapter Director for the Public Policy and International Affairs (PPIA) Program in DC. As a Rackham Merit Fellow at the Ford School, Michael is exploring policy issues at the intersection of workforce development, brain drain, and economic inequality in emerging markets, particularly in Southeast Asia. 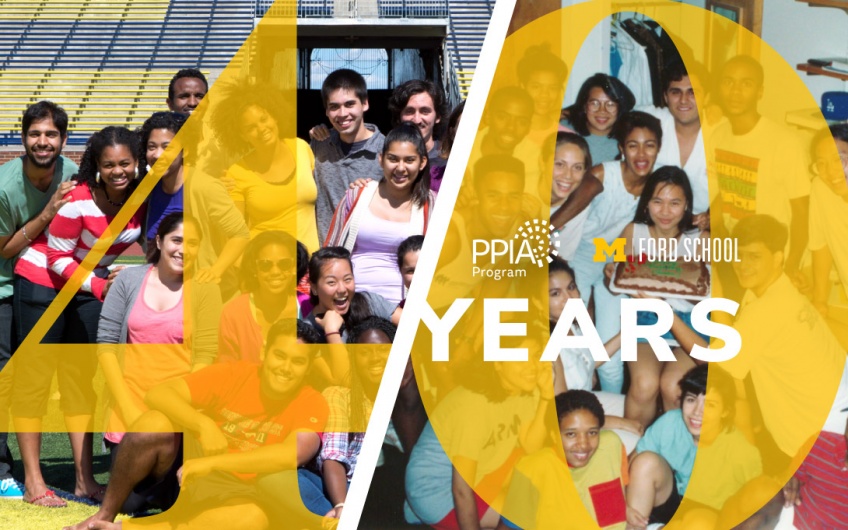