Time is running out on the decades-old tradition of beginning classes well after the designated start time.

So-called "Michigan time" — the practice of starting classes, meetings and events 10 minutes after the designated start time to allow for travel time across campus — will end May 1 at the start of the spring semester.

"Currently, there is no uniform time around campus and start times vary among all schools and colleges," Philbert says. "The change comes as we have seen an ever-growing need to have students take interdisciplinary classes, and to utilize classrooms and other spaces to their fullest extent."

The change also will ensure consistency among the Ann Arbor community. The Ann Arbor campus now will be in sync with off-campus activities, including athletic events, meetings, transportation schedules and for students who hold jobs.

This will be accomplished without any change in the time devoted to classes or to transition between classes. The 10-minute transition time will move before the hour instead of after the hour.

"The adjustment to start times will allow for increased collaboration and more classes to be taken by all students. University meetings operate on the hour and this will facilitate faculty and student participation," Philbert says.

The majority of students will see the change for the fall term.

University officials note that many units are on "clock time" for faculty and staff meetings and "Michigan time" for classes, which causes confusion and friction.

At some point in the late afternoon or early evening, almost everyone switches over to "clock time." Classrooms are used for public events and visiting lectures, and the public does not use "Michigan time."

Changing to "clock time" will provide benefits to all of campus, especially students, enabling them to conveniently take classes offered by all schools and colleges, officials say.

Officials also note the benefits to faculty, who could teach and have travel time sufficient to attend events — administration, academic and social — across campus. It will reduce the number of classrooms needed to accommodate the curriculum, saving money and reducing the environmental footprint of the university.

The concept of "Michigan time" was first documented in 1930 when President Alexander G. Ruthven asked the deans to establish a uniform time for dismissing and opening classes.

The minutes of a meeting of the deans noted, "In opening class exercises, a reasonable interval should be allowed for students to come from the preceding class. It is therefore recommended, in the interest of uniformity, that instructors shall not begin the formal work of the course (e.g., marking absences or starting a written exercise) until ten minutes after the hour, unless the entire class is present before that time."

According to The Michigan Daily, in a note to summer session faculty in 1932, LSA Dean Edward H. Kraus wrote, "in order to avoid confusion in connection with the beginning and dismissing of classes it is urged that class periods not begin until about eight minutes after the hour. Classes should close promptly on the hour. Students need eight to ten minutes to pass from one building to another, especially if the buildings are located on opposite sides of campus."

Written by Elisse Rodriguez and originally published in the University Record on February 19, 2018. Please also note that all Policy Talks @ the Ford School and other Ford School events will now begin on Tower Time starting in the fall 2018 semester. 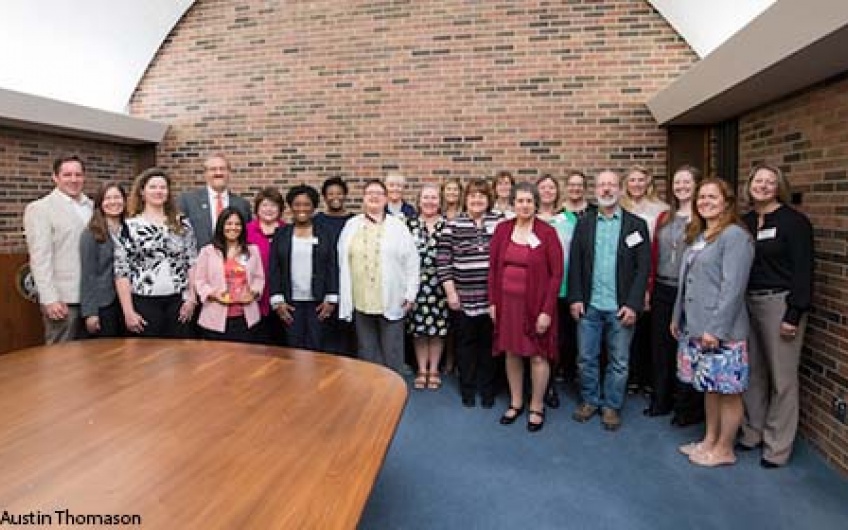