On October 28th, right-wing populism added another presidential office to its ranks with the victory of Jair Bolsonaro in Brazil. Per protocol, President Trump called his new fellow head of state and offered his congratulations—the first step to potentially improving bilateral relations between the two nations. Melvyn Levitsky, Ford professor of international policy and the former ambassador to Brazil for the Clinton Administration, doubts this call indicates a major change to the relations between the two countries, explaining “The personal relationship does not automatically become a close relationship between countries.”

In an interview with UOL’s Marcelo Freire, titled "Trump's Bolsonaro nod does not mean rapprochement between Brazil and the US, says former ambassador," published on October 30, 2018, Professor Levitsky provides his vast insight on U.S.-Brazil relations to predict potential diplomatic outcomes in the future. While Trump and Bolsonaro come from similar ideological positions, Levitsky suggests that, in the end, "diplomatic issues such as trade and immigration may generate friction between the two governments.”

Much like Trump, Bolsonaro’s fiery rhetoric and volatile comments garner support in a state where government corruption is the norm. Given Brazil’s history of teetering between right-wing authoritarianism and democracy, Professor Levitsky remains confident that Brazil’s “democracy is strong enough to protect itself even with a leader who tries to grab the reins of power.”

Read the Q&A in the original Portuguese.

The former ambassador to Brazil and current international policy professor, Melvyn Levitsky has an immensely prestigious career. An instructor at several major universities and recipient of numerous awards, Professor Levitsky has also served as a U.S. diplomat for 35 years and held positions on a number of international bodies as well. 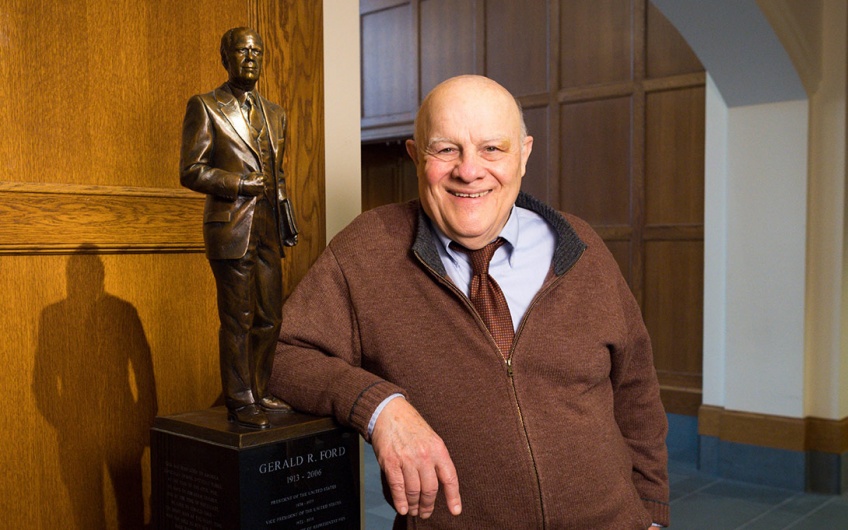