The Ford School mourns the passing of Paul O’Neill, Treasury Secretary in the George W. Bush administration, and a long-time supporter of the school and its mission. O’Neill died April 18, 2020, at the age of 84. He served for several years on the Ford School Committee, working to raise the profile of the school and helping to expand its resources.

As deputy director of the Office of Management and Budget in the Ford Administration, O’Neill said he saw President Ford as a “fact-based action person,” which he said is reflected in the philosophy of the Ford School. He had worked with President Ford since his time as House Minority Leader and remained close after they left the White House.

He told the Ford School in 2014, “One of the things happening here at the Gerald R. Ford school is getting students up to speed with the most modern ideas about what facts look like as differentiated from opinions and ideological warfare and all of that. These students are being prepared for what it means to have control of the facts and how to assemble them in a way that a decision-maker can make an informed decision.”

He spoke at the school’s centennial celebration of President Ford’s life in 2013 in conversation with former Secretary of State Henry Kissinger and gave the commencement address in the same year.

Susan Collins, currently interim provost at the University, and dean of the Ford School from 2007-2017, said O’Neill was one of the key leaders in helping to build Weill Hall, where a classroom now bears his name. He also helped with the establishment of the Gerald R. Ford Presidential Fellowship. Collins said, “It was a pleasure to get to know and work with him. A policy leader of high integrity, he was a great friend to the Ford School which he saw as an important legacy of President Ford’s highly ethical commitment to public service and data-driven decision-making.”

At the 2013 commencement, he exhorted the students to learn the lessons he had learned working for President Ford: “To properly carry forward the legacy of Gerald R. Ford you need to remember and practice only a few ideas. The first idea is ‘be prepared.’ I think you've been privileged to be here where you understand the idea of being prepared. Second, ‘do the right thing.’ There is no job title, no amount of money, that's worth the sacrifice of principle. And above all else, remember these words…’on my honor’.” 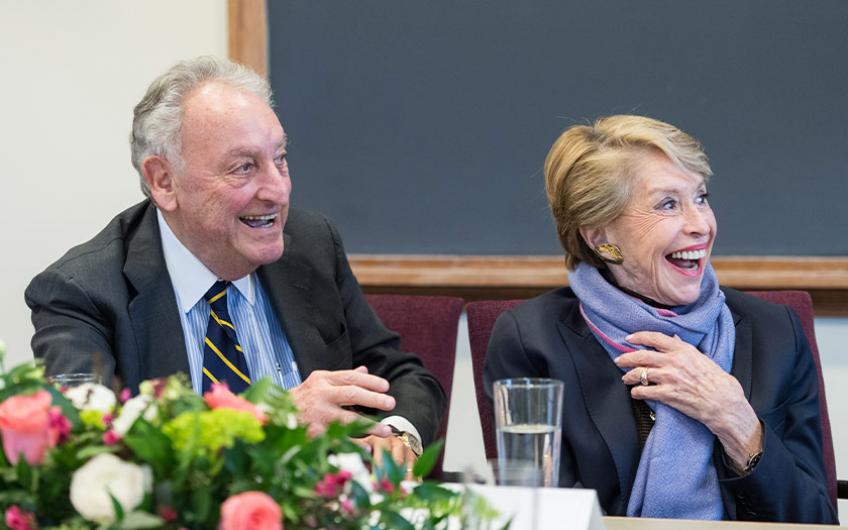 Read more about "Hope for the future "