In accepting his American Political Science Association (APSA) career award for contributions to the understanding of legislative politics, Rick Hall delivered the 2020 Barbara Sinclair Lecture on December 2, 2020, to fellow scholars, members of the Congressional Fellowship Program community, students, and practitioners.

“It’s certainly an honor to receive an APSA career award, and especially one which honors Barbara Sinclair,” said Hall in his opening remarks. “No one had a deeper understanding of Congress, no one provided more insight into more features of the institution than she did. Barbara was also someone I looked up to and someone who guided me when I was just starting out. Besides being a great scholar, she was a class act, a dedicated member of the discipline, and a wonderful person besides.”

Hall’s lecture, “Insidious influence: Lobbyists and their Allies on Capitol Hill” was based on his forthcoming book on interest group lobbying and the role of political money in Congressional policy making.

Hall began the lecture by observing that most of the American public believes that corruption is pervasive on Capitol Hill, but he said that picture misses much of what lobbying is about. The way most groups gain influence is more insidious than nefarious in that lobbyists help legislators already inclined to support the group’s policies by subsidizing their work and that of their staff, not buying their votes.

“Lobbyists may be helping legislators, not corrupting them, but they do not do it out of generosity. They do it strategically. By subsidizing the work of their allies, they induce a biased few to invest time and political capital on behalf of specific, often narrow policy objectives the interest group intensely prefers and the legislator generally supports.”

After walking through his analytic approach and findings, Hall reiterated that for the most part “lobbyists are not bribers or liars,” but neither is their influence benign. Money still produces better representation. The priorities of groups without a strong lobbying capacity get neglected.   He concluded, “The insidious nature of the democratic harm makes it deeply persistent...And because money’s influence is insidious, not nefarious, ethics reforms will do little.”

The Barbara Sinclair Lecture was co-sponsored by APSA and American University School of Public Affairs' Center for Congressional and Presidential Studies.

Watch Hall’s Barbara Sinclair Lecture to learn more about his findings and recommendations for reform. 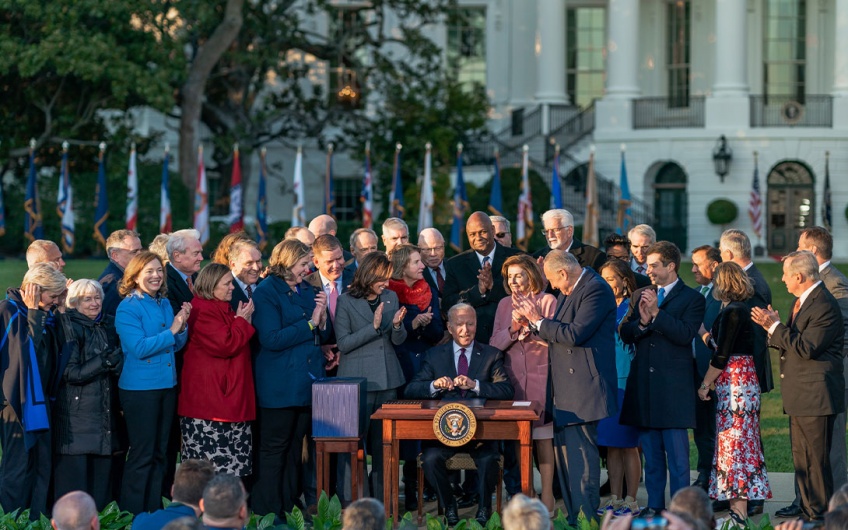