I use the critical thinking, public speaking, and collaboration skills that I developed at the Ford School in just about every moment of my current work day.” 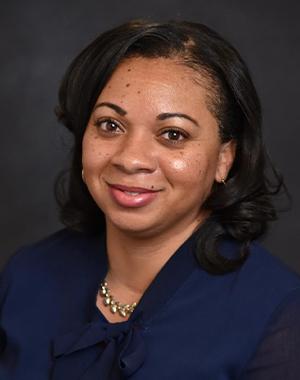 For 17 years, Latesha Love-Grayer (MPP '02) has informed decision making and monitored practices by the U.S. government at the Government Accountability Office (GAO). She says it’s the opportunity to influence legislation and improve implementation of programs and policies that excites her the most.

“I get to be the bi-partisan, fact-based, voice of reason whose only goal is make our government and country better,” said Love-Grayer, “I have always been driven by the understanding that 20 percent of the people make decisions for 80 percent of the world, and I wanted to be on the side who was affecting change, in order to make this world better for everyone.”

As acting director in international affairs and trade at GAO, Love-Grayer “leads a portfolio of teams conducting high-quality audits of international trade issues, U.S. aid to other countries, and international efforts to combat crime and increase security, among other diplomatic initiatives.”

The issues they deal with are wide-ranging —from women’s rights and trade, to human trafficking. And they work with departments across the federal government. Once her team has reviewed and audited a project, they send evidence-based recommendations to help Congress in their decision-making process.

Reflecting on a recent project, Love-Grayer explained that their examination of the Generalized System of Preferences (GSP) reauthorization, which removes duties from imported products in developing countries, “will help Congress understand the extent to which our trade agreements are promoting and protecting women’s rights and interests in these countries and additional actions.”

Love-Grayer said that for her audits and in-depth research, she often leans on research, analysis, and persuasive writing skills she learned at the Ford School. “I also use the critical thinking, public speaking, and collaboration skills that I developed at the Ford School in just about every moment of my current work day.”

Her interest in international policy was first inspired by her experience by the Ford School’s International Economic Development Program’s trip to South Africa. “It opened my eyes to both the political plight and resilience of people in other countries—and motivated me to keep on expanding my world view and to see the interconnectedness between the well-being of all of our countries,” she said.

Love-Grayer completed her PPIA fellowship at the Ford School, which led her to later pursue her MPP. “I felt so supported in that program that I knew it was the right choice for grad school, and I was right,” she said, “I chose the Ford school because of the strong focus on qualitative and quantitative skills, the options for pursuing domestic or international policy, awesome alumni network, proactive career center staff, and the family feel of the program.”

After graduation she began her career at the GAO and never looked back. Love-Grayer’s work to bring fact-based monitoring and evaluation to domestic and, now, international projects in a nonpartisan fashion has paid off— and the impact has been significant.

“As a few examples of our outcomes, our work has changed how federal programs in our country work; resulted in legislation that improves domestic and international policy; saved lives through improving intergovernmental coordination and response to disasters and attacks; identified and dismantled regulatory loopholes that allowed financial predators to target the elderly and poor,” she said.