The Ford School opened my eyes to the importance and possibilities of evaluation.” 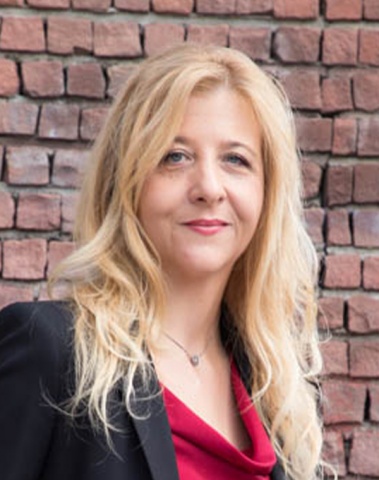 First job out of FS: Presidential Management Fellowship at USAID

Sarah Perrine (MPP/MIRS '06) has been a lifelong advocate for the Roma population in Bulgaria. Her Peace Corps placement in Bulgaria and homestay with a Roma family was formative. "I was shocked and troubled by the level of prejudice and marginalization that many Roma still face in Europe," she said. As one of Bulgaria's most marginalized groups, the Roma face staggering inequality in access to education, income, and more. In 2012, Perrine founded the Trust for Social Achievement to mitigate the barriers the Roma face. "The most exciting thing for us right now is the progress we’re seeing on early childhood development and access to early education," said Perrine. That progress is driven by her efforts over the last seven years developing and implementing a randomized controlled trial (RCT) to inform policy change.

Early childhood education is critical to closing the achievement gap later in life, particularly for low-income families. In theory, education for Bulgarians is free. However, Perrine explained that most kindergartens charge attendance fees for the 'nonacademic' part of the day, and that this fee is mandatory for enrollment. When her team started, only 45% of Bulgaria's Roma were enrolled in kindergarten. "The question we wanted answered  was 'What’s the reason these children aren’t going to kindergarten?'," she explained. Using an RCT with 5,000 children in 236 towns, Perrine, her team, and the World Bank examined four interventions – information, two levels of conditional cash transfers (food vouchers for regular attendance) and free access. The evaluation found that removing fees will result in a staggering 84% Roma participation in kindergarten. The results of this RCT helped to inform a national debate on the importance of early education and the need to remove cost barriers. In December 2019, national parliament voted to cover fees for Bulgaria’s poorest children – about 60% of all children aged 5 and 6. "The funding kicks in fall 2020. And hopefully we'll see that the positive impact of attending kindergarten reaches the poorest children," said Perrine

Perrine says the lessons she’s learned on effective program implementation are invaluable. "I've learned it’s really important to have a vision, goal, and high-quality research and evaluation, but that’s not enough," she said, "More is required, like consensus building, educating the public, disseminating results; it takes a long time."

With such a huge undertaking, Perrine said her deep understanding of RCTs–cultivated while at the Ford School–helped get her team on board. "We had to do a lot to help explain what an RCT is and why you can trust the data – it was important to explain to external stakeholders that an RCT can predict behavior for an entire group," she said. "The Ford School opened my eyes to the importance and possibilities of evaluation. I was also confused when people didn’t respond as enthusiastically as I did!"

Her interest in international development only grew when she was working for the State Department as a Presidential Management Fellow. "I loved the team and the work. I went to Sudan, Liberia, to talk with peacekeepers," she said. Perrine stepped away from the State Department when she was drawn into an opportunity to help launch a Roma program for a USAID-legacy foundation called the America for Bulgaria foundation in 2009. Later, in an effort to dig deeper into "what works" in Roma communities she started the Trust for Social Achievement.

"My experience at Ford taught me to never accept any argument at face value and to always dig a bit deeper.  The solutions are not easy – but they are there if we think critically and persevere." Perrine says she relies on the succinct writing techniques learned at the Ford School in her everyday work.  She understands the analytic rigor that the Ford School instills and continues to engage Ford School interns to help with her projects.