The two-week COP26 climate conference in Glasgow, Scotland, ended today with an agreement among nearly 200 nations aimed at intensifying global efforts to fight climate change and to aid vulnerable nations, while leaving some crucial questions unresolved. University of Michigan Ford School experts are available to comment.

Jennifer Haverkamp, a veteran of seven U.N. climate summits, is a former ambassador and special representative in the Obama State Department, where she led U.S. negotiating teams to successful climate agreements under the Montreal Protocol and the U.N. International Civil Aviation Agreement. She is the director of the Graham Sustainability Institute and teaches at the Law School and Ford School of Public Policy.

Her areas of expertise include United Nations Framework Convention on Climate Change diplomacy and negotiating dynamics, short-lived climate pollutants such as methane and hydrofluorocarbons, and issues at the intersection of climate change and international trade and competitiveness.

“COP26 started off strong, with some potentially game-changing new pledges on methane, deforestation, coal financing and U.S.-China cooperation. And completing the long-awaited rules on carbon trading is a major accomplishment,” she said. “But final texts show dismayingly incremental progress, far from what the crisis demands. The real measure of COP26’s success will come later, as we see how well countries implement the new commitments they’re bringing home from Glasgow.”

Barry Rabe is a professor at the Ford School of Public Policy and a nonresident senior fellow at the Brookings Institution. He is the author of the 2020 book “Trump, the Administrative Presidency, and Federalism,” which examines U.S. withdrawal from the Paris climate agreement and other executive actions whereby former President Trump reversed direction from former President Obama.

“One of the most significant developments of the Glasgow meetings was the unprecedented attention to methane. This builds on President Biden’s very recent launch of a Global Methane Pledge system and new U.S. efforts, potentially influencing this week’s North American Leaders Summit. The challenge now will be delivering on these pledges and commitments, including major questions facing the current Congress and U.S. EPA regulatory efforts.” 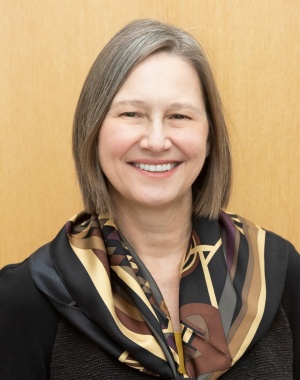