Courant will deliver his DUP lecture, "Society, the University, and How I Spent the Last 40-odd Years," March 2, 2021, 3-4:30, to formally mark the appointment. Watch the event live or recorded here.

He has said he "will talk about what universities do and how well they do it. He will use his own career to illustrate how policy-oriented economics can help to achieve the purposes of the university (very much including the humanities) while guaranteeing a splendid time for all."

Courant, officially the Edward M. Gramlich Distinguished University Professor of Economics and Public Policy, also holds the distinctions of Harold T. Shapiro Collegiate Professor of Public Policy and the Arthur F. Thurnau Professorship. He chose to name the professorship after Gramlich, who twice served as director of the Ford School's predecessor, the Institute of Public Policy Studies, and was the school's first dean, having led the transition to the School of Public Policy in 1995. Courant and Gramlich authored many papers together through the years, including on tax reform and the federal budget deficit.

Courant remains engaged in the public sphere, publishing a paper in The Chronicle of Higher Education about grade inflation, in January 2020, which noted, among other things, that different grading norms exist in different fields. Science and engineering have higher standards and lower grades, followed by the social sciences and then humanities: "So that can create untoward effects," he told an interviewer.

Courant first joined the University of Michigan in 1973 as an assistant professor of economics and public policy, and during his tenure has served as university librarian and dean of libraries, provost and executive vice president for academic affairs, associate provost for academic and budgetary affairs, chair of the Department of Economics, director of the Institute for Public Policy Studies (predecessor to the Ford School), and interim provost. Under his leadership as Dean of Libraries, the U-M partnered with Google and other higher education institutions to create a digital infrastructure for sharing library collections. 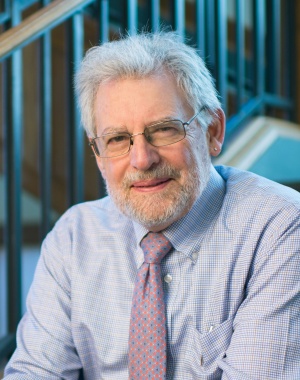