Professor Sue Dynarski laid out the reality of pursuing higher education for many students in a 2015 NYT op-ed. “Many smart students forgo college in the mistaken belief that they cannot afford it,” she wrote. “The financial aid system, which is intended to increase opportunities for low-income students, is largely to blame.”

Now, thanks in part to her unwavering commitment to scholarship and advocacy, change is coming from the December 2020 budget reconciliation bill, passed by Congress and signed into law by President Trump in the final weeks of his administration.

Early in her career, Dynarski set her sights on simplifying the Free Application for Federal Student Aid (FAFSA), a form any student must file to receive a federal loan or Pell grant. She and colleague Judith Scott-Clayton first quantified the unnecessary complexity of the FAFSA in a 2006 paper. They found that if you asked just four questions—including one on income and another on family structure—the answers could explain 90 percent of the variation in financial aid eligibility.

“Literally the thing that had the greatest impact was showing that there were more questions in the FAFSA than in the 1040 Tax form,” said Dynarski in a 2018 interview with State & Hill.

Since 2006, Dynarski has revisited the research, written opinion articles, and testified before Congress about her findings.

Lamar Alexander, the now-retired Republican U.S. Senator from Tennessee, and former U.S. Secretary of Education took notice. Citing Dynarski’s research, Alexander made the case “to reduce the federal financial aid application to a form the size of a postcard.” He introduced a bill and then continued to push for legislation in the following years to simplify the form.

In the end, the FAFSA will be a bit longer than Dynarski or Alexander’s ideal, but it will still be shortened significantly. Starting in 2023, the FAFSA will include just 33 questions from the original 108, and applicants will also be able to directly transfer tax information from the IRS. Alexander and bipartisan partners realized that reducing the application to two questions (as Alexander originally proposed) would have been counterproductive because it would have taken away information states use to make their own student aid programs.

“We’ve ended up with a proposal, I believe, that everyone agrees is correct,” said Alexander in a recent interview with The 74. “It will greatly simplify the federal aid application process for students and should encourage millions more low-income Americans to take advantage of the grants and loans that the federal government offers for college.” 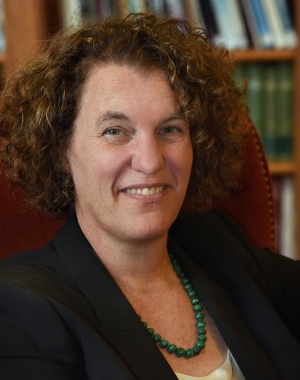 Professor of Public Policy, Education, and Economics; Co-Director, Education Policy Initiative
Dynarski's education policy research focuses on the effectiveness of charter schools, the optimal design of financial aid, the price elasticity of private school attendance, the relationship between postsecondary schooling and labor market outcomes, and the effect of high school reforms on academic achievement and educational attainment. She serves as co-director of the Education Policy Initiative and is a faculty research associate at the National Bureau of Economic Research.
Share:

Read more about "Hanson on challenges to student loan forgiveness "