Calling out the hypocrisy of police officers who refuse to get the COVID-19 vaccine, Abdul El-Sayed, Towsley Foundation Policymaker in Residence, recently wrote an op-ed for the Detroit Metro Times.

In it, he recalls his first "real" interaction with the police. El-Sayed recounts getting tackled and handcuffed by two police officers for playing a late-night basketball game with his friends.

"Policing is the bluntest form of government power," he writes. "As I teach my students at the University of Michigan's Ford School of Public Policy, what makes government unique in the pantheon of civic life is that it has a monopoly on the legitimate use of power. "

He details the police reform movement of the last couple of years, which some police officers and their allies have met with backlash.

"They are the 'thin blue line' protecting us from descending into violent chaos, they tell us. It's not the individuals as much as it is the system of law enforcement and the culture that has grown underneath it that I want to focus on here," El-Sayed said. That culture is pushing back on vaccine mandates that are essential to public health and protection.

"What hypocrisy. The power to police, itself, emerges from the government's monopoly on the use of force. Police are an embodiment of that force," he writes. "But police officers, who are deputized by the government to wield force in society are now contesting the government's right to force them to get vaccinated?!"

El-Sayed points out a fundamental irony in this train of thought: "Police pushing back on government requirements to be vaccinated has the same roots as activists pushing to rethink policing entirely: a disagreement with how the government is using its power. The brutal difference is illuminating — police derive their very existence as police officers from the government power they are now protesting, which is, I guess, why they are now rethinking themselves."

Read the entirety of El-Sayed's piece, which was originally published by the Detroit Metro Times, here. 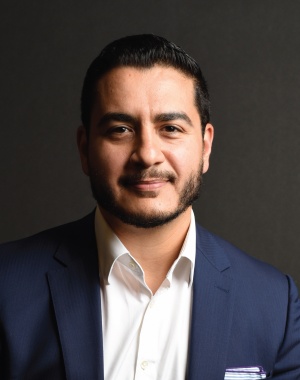