Memos are a key tool of communication in public policy, and the Ford School teaches you how to write them." 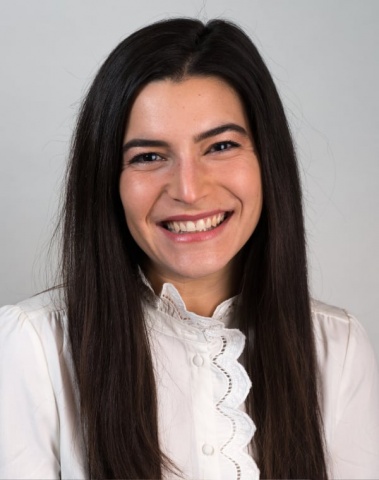 First job out of the Ford School: Office of Senator Debbie Stabenow

Julia Friedman (BA ‘10) looks back on her experience at the Ford School as pivotal, propelling her into the world of politics and public service, and preparing her for future success. “It was one of the best decisions I’ve ever made,” she said.

A Detroit native, Friedman’s interest in international trade was heavily influenced by her great grandfather, who owned an import-export business: “I learned what international trade is and how it affects different people, and being from Detroit, I was very protective of American manufacturing. I wanted to be a part of that policy area.”

While at the Ford School, Friedman recalls participating in an applied learning seminar, which was a UN simulation that year: “[The simulation] was really hard and I was challenged, that is attractive to me...and that [experience] drew me to the diplomacy side of international trade.” Friedman also looks back at her chance meeting with President Obama’s Advance team in Ann Arbor (advance teams travel ahead of politicians and provide logistical support for their public appearances), which led to a future job with them, as a defining moment in her decision to get involved in politics.

Upon graduating from the school’s second-ever class with her BA in public policy, into what was then the worst economic contraction since the Great Depression, Friedman attended Wayne State University Law School. After law school, Friedman landed at her “dream job” at the Office of the U.S Trade Representative, where she worked on intellectual property related trade negotiations.

Since 2018, Friedman has worked as trade counsel for the U.S. House of Representatives Committee on Ways and Means. As trade counsel, Friedman is especially focused on the nexus of trade and the environment. She noted that the “impact of international trade has not been positive for everyone,” and “trade policies have negatively impacted certain communities, and one of the areas we focus on is trying to address some of those disparities.”

Friedman said that it’s rare that a week goes by where she doesn’t write a memo - the basics of which she first learned at the Ford School. Memo writing, according to Friedman, is a primary tool of communication in policy work, and she believes that the training she received in this area helps her communicate more effectively about the policies she is trying to shape.

In January 2021, Friedman was elected to the Ford School’s alumni board, where she hopes to help in any way she can - especially with the difficult economic situation recent graduates face: “I just had a really positive experience at the Ford School, and I wanted to honor that experience and give back.”