“States are the laboratories of democracy...It's really state legislatures where we can see innovative ideas and problem solving.” 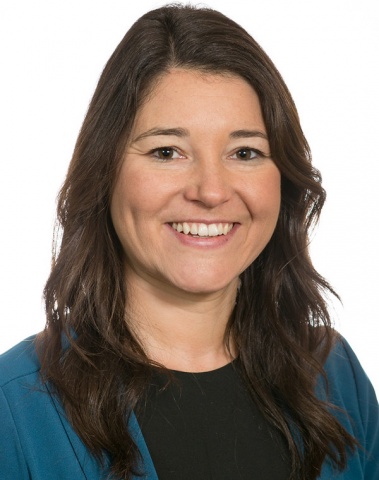 Before she took a position at the Nuclear Energy Institute as the director of stakeholder strategy & engagement, Kristy Hartman (MPP ‘13) served as the energy program director at the National Conference of State Legislatures (NCSL). NCSL’s energy program offers research, analysis, and technical assistance to help policymakers understand complex issues and find bipartisan solutions related to energy and the environment. “We're at a point where we're seeing an increase in natural disasters, and they're costing a lot more than they did back in the 1980s or 90s. And so it's really important to be able to find solutions that help people all across the country.”

One area Hartman’s work focused on was helping states better prepare their infrastructure for natural disaster events or other power grid breakdowns, like cyberattacks. “There are specific policies that state legislatures are considering and electric utilities are implementing that can restore power faster,” she explained. Hartman said that state legislative measures— like burying electric lines underground or installing concrete utility poles in regions that experience hurricanes or strong winds — could help alleviate some of the risk to critical infrastructure during a disaster event.

In May 2021, Hartman joined the Nuclear Energy Institute (NEI). In her role there, she interacts with different stakeholders in the energy sector.

“I manage NEI’s strategy for research and outreach to state officials such as state utility regulators, third party groups, and other relevant stakeholders,” she said. “My engagement with state officials and other groups focuses on nuclear power, including the preservation of the existing nuclear fleet, used nuclear fuel management, and new reactor development.”

Hartman has worked on energy issues at both the state and federal levels. She began her career with the U.S. Department of Energy working on congressional appropriations before pursuing her Masters in Public Policy at the Ford School. Hartman commented on the differences between state and federal energy policy work: “state legislatures are a little bit more willing to work across party lines than Congressional members,” said Hartman. “State legislatures can seek solutions that fit the needs of their state, while one-size-fits-all solutions are more common at the federal level.”

Of her experience at the Ford School, Hartman says that it “made me think through policy ideas and solutions in a different way.” She especially enjoyed Professor Barry Rabe’s classes (Hartman took all of them), and she noted that the quantitative aspect of the program is incredibly helpful in her everyday work life: “being able to read data and being able to pull something out of it is a huge benefit.”

Hartman also enjoyed the sense of community that she found with her fellow MPP students. Hartman lived in the “pink house” long-held by Fordies, right by the Big House. She said that the house became a central hangout on game days. “Even having graduated almost eight years ago, they are some of my closest friends.”