The United Nations General Assembly recently agreed to three resolutions addressing the rights of climate migrants and refugees. It was a landmark moment for international cooperation on an issue that will become more urgent as the effects of climate change create environmental and economic instability around the world.

Or it would have been, had it taken place in New York, and not on the screens of the first-ever virtual Integrated Policy Exercise (IPE), the Ford School’s annual challenge for graduate students to apply problem-solving and negotiation skills to real world problems. It is a requirement for first-year master’s students, now in its 21st year.

Professor Ann Lin created the scenario—“Should ‘climate refugees’ be recognized and protected under international law?”—and materials with graduate student instructors (GSIs) Marianna Smith and Victor Rateng. Students convened a mock General Assembly to address the issue. The 83 first years, 55 second years, and four MPAs were assigned roles as representatives of nations, U.N. agencies, NGOs and the media, and given four frenzied three-hour sessions January 21-23 in which to form coalitions, debate the issues, negotiate with allies and adversaries and eventually pass the motions.

“I wanted to find a topic that a lot of students could be interested in despite their different policy interests. Climate migration touches domestic policy students, international affairs students, environment people, migration people. It has obvious connections to housing, the economy, foreign aid, and international relations,” Lin says.

The student engagement was incredible.

Using ViewPoint software developed by Ford School professor Elisabeth Gerber was even more relevant this year. The role-based simulation program allows for bespoke news, communication and social media feeds. The participants were constantly online and referring to those feeds more often than if they had been meeting in person.

Smith says that when she participated in the 2020 IPE, it was useful but not the most important tool, whereas this year, it “was the main tool to communicate and collaborate.”

The resolutions that passed included calls for “Reaffirming Climate Change Mitigation in Responding to Climate Migration Policy," "Taking Action on Climate Migration," and "Proposal for the Creation of a UN Climate Convention to Address the Climate Emergency in Small Island Developing States and Least Developed Countries."

A post on ViewPoint from the “AlJazeera” journalist wondered, “Interestingly, the only resolution to not pass was the one most explicitly seeking to defend national sovereignty. Could this be a turning point in the global consensus?”

Ford School student Yoni Siden (MPP/MD ‘22) felt a great deal of responsibility as the representative of France, which has been at the forefront of climate action through the Paris Accords.

“I was really out of my comfort zone, and I felt very intimidated. But I go to school with very talented people, and it was really amazing that once I got started, my classmates really helped teach me how this whole process works and the types of considerations that go into the decision-making. It was really fun,” he says.

Fanta Conde (MPP ‘22)  represented Tanzania, “which is facing significant climate disaster risk.” But she says she learned from representatives of island nations that they were in greater danger. She first came to the Ford School through the Public Policy and International Affairs program and so the exercise was significant for her.

“It was surprising to see how much clout some of the larger carbon emitting nations carried. Because even though our resolution would certainly pass with just exclusively a combination of the African Union states, some of the Central American states and the small island nations, we had to get the United States, and courted Switzerland and France, thinking about the practicality of getting resources and support,” she recalls.

Smith said the virtual nature of the exercise did not take away from its impact. “It's really important to highlight how impressed we were by the students' engagement. Usually, in person or virtually, enthusiasm dies by day three, But honestly that’s when we saw the most enthusiasm. Everyone was really excited to be presenting these innovative ideas to combat the issues that climate change brings. Everybody I've spoken to said it was relevant for them, relevant for what they're thinking about what they want to do,” she observes.

I can see why advanced communication skills are necessary in diplomacy, and happy Ford allows us to hone these skills.

Celia Sawyerr (MPP ‘22) agrees. “I can see why advanced communication skills are necessary in diplomacy, and happy Ford allows us to hone these skills.”

Certainly that was true for Siden, who was a social worker before enrolling in both policy and medical school. “My social work background made me really good at finding problems and my medical background has made it very good for me to find out the consequences of problems, but solutions are much harder to figure out. That’s why I am studying policy.”

“IPE gave me a new appreciation for how intentional we have to be about negotiating these really difficult ethical and moral frameworks. It challenged me to recognize that, while we're all very idealistic when we come into the program, change doesn't come naturally. You have to work hard in order to create meaningful change,” he adds.

For Lin, the topic was successful in getting the students to take a broader view. 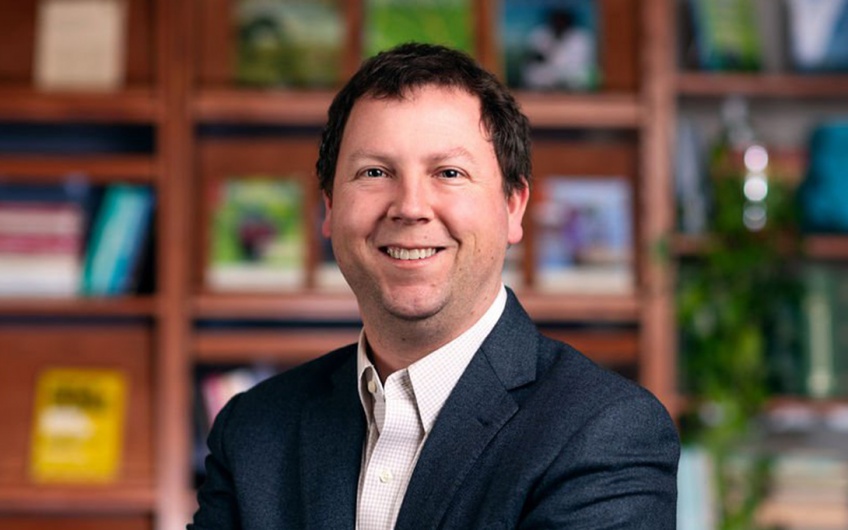