It’s not always newsworthy when a director of the FBI makes a speech. As the nation’s top law enforcement official, basic statements about terror threats, the crime rate, or reactions to latest news may be reported but won’t attract much attention.

When current FBI Director Christopher Wray visited the Ford School, he went beyond the normal talking points and made global news, focusing sharp comments about the threat that the Chinese government poses to U.S. national security, and pinpointing Chinese-owned social app TikTok. He commented that the Chinese government had the ability to control the app's recommendation algorithm, "which allows them to manipulate content, and if they want to, to use it for influence operations." He also asserted that China could use the app to collect data on its users that could be used for traditional espionage operations.

"All of these things are in the hands of a government that doesn’t share our values, and that has a mission that's very much at odds with what’s in the best interests of the United States. That should concern us," Wray said.

Wray came to the Ford School to make the Josh Rosenthal Education Fund lecture, named for a U-M student who died in the 9/11 attacks on the World Trade Center. His initial comments focused on the aftermath of the terrorist attacks and how the threat had changed in 21 years.

“The 9/11 attacks profoundly changed not only our country but the FBI specifically. Today’s FBI reflects those changes in every FBI program, every investigation, and every community we serve, and they continue to impact and shape the FBI as we seek to combat new and emerging threats and adversaries,” he said.

He emphasized the importance of public service to the packed audience that included Ford School students, faculty, and staff, as he had at an earlier career session for students in which he spoke about the work of the FBI, and working for the FBI.

Lin challenged Wray on the Justice Department’s now-abandoned “China Initiative,” which had investigated and prosecuted some Chinese academics for their alleged ties to the Chinese government. Many of those prosecutions had failed in court. She asked Wray to respond to critics who accuse the FBI “of presuming that routine academic engagement with scientific colleagues in China is evidence of a crime, or of mistaking university-sponsored collaborations and grants for money that is illicitly going into scientists’ pockets.”

Wray responded that “the Chinese government, the Chinese Communist Party, is engaged in what it considers an international talent war to try to leverage and steal intellectual property and sensitive research and data from countries all over the world…And so it’s part of our responsibility to work with universities to try to help protect that information.”

Lin pressed further, asking “What advice do you have for Chinese Americans like myself, who hope to be able to bridge the differences between our two countries, but instead find themselves caught in the middle, subject to accusations of disloyalty…or to incidents even of anti-Asian hate?”

“[We] at the FBI, we don’t view that as a middle,” he said. “We view Chinese Americans here as being with us. And that’s why I highlight these cases, in particular the transnational repression cases, because to me, they in a very poignant way illustrate the degree to which Chinese Americans here are not in the middle, but in the crosshairs of the Chinese government. And we need to work with them.”

The more than 270 news stories that appeared included reporting on his general China assessments and the changing nature of the national security threat in general. But the TikTok comments got the widest publicity, making international headlines from across the political spectrum.

Fox News said that Wray had admitted that former president Donald Trump “was right about TikTok’s national security issues,” when he raised them in 2020.

And three days after the speech, South Carolina’s Republican Governor Henry McMaster called for all state-owned cell phones and computers to permanently remove TikTok from the devices, citing Wray’s speech. 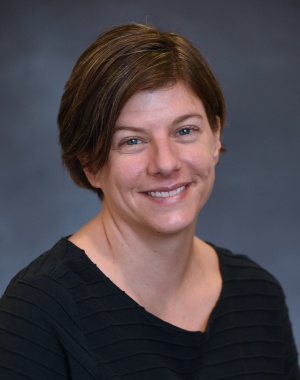