Alex Ralph, a writing instructor at the Ford School, recently sat down with Frank Vogl, co-founder of Transparency International, the chairman of the Partnership for Transparency Fund and an adjunct professor at Georgetown University, to discuss corruption's role in Russia's war against Ukraine.

He relayed the interview in a blog post, "Frank Vogl on Corruption’s Role in Russia’s War Against Ukraine," for the Corruption in Fragile States Blog.

Alex: Can you say more about what role you see corruption playing in Russia’s war against Ukraine?

Frank: Two things have happened because Putin was able over twenty years to cement his control and to organize his control system through a system of corrupt payoffs. First, he had to feel that he has absolute trust and total loyalty from the people closest to him. They may not be the most competent, but they are certainly the most loyal. When you replace any attempt at a meritocracy with a sycophancy, then corrupt people become head of the intelligence services, become head of the military, become head of the security systems. And now they’re all being deployed by Putin to play out his, I suppose, his dream, his vision of Greater Russia with Ukraine as the victim.

And second, at the same time, he called on various of the so-called oligarchs, the businesspeople who have direct access and loyalty to him, to deploy, if necessary, their own financed intelligence services. And they say yes, they have no choice. And they are being deployed in one form or other in Ukraine as well. So it’s not a typical sort of corruption that Putin is somehow bribing people to do his thing. And now he is deploying the corrupt system that he has built to unleash a nightmare on the people of Ukraine.

Who really has power, who gets the payoff, who gets the control? It’s totally opaque. And what’s so incredible is that you have people sitting in Washington and elsewhere claiming they know what Putin is thinking. And they haven’t got a clue. None of us have. Because this is a hermetically sealed system that Putin has created over many years.

Alex: You’ve been working on and writing about corruption for many decades. What has given you optimism about anti-corruption efforts? And what continues to keep you up at night?

Frank: Why do I do this? I’ve never had a paid position in the anti-corruption world. Why do I still have this passion? Across the world today, there are more young people of enormous courage willing to stand up against their corrupt governments and say, “We want open elections. We want transparent and accountable government.” These civil society activists, these investigative reporters, they’re taking enormous risk. And it would be absolutely wrong of me not to feel that I had to continue to try and support them in every possible way I can.

What keeps me up at night is that trends across the world show that these people are being harassed more by governments than ever before. These people face terrible dangers. Look at the number of journalists who are killed every year. Well, quite a few are killed because they’re trying to expose corruption. And ask yourself why? It’s because they are trying to root out corruption in their country and their governments don’t like it.

Frank: For some twenty years I worked with my PR company with chairmen of many of the world’s largest banks. These people spend an enormous amount of time making sure they’re unbelievably networked into the political establishment of our countries. The enablers in Britain and the United States and many other countries exert enormous political influence to ensure that enforcement is low. To ensure that the rules and regulations of the system permit them to continue to do business that is very profitable to them. And until we face the fact that from that source alone there is far too much money in our politics—and it has a huge public cost—we won’t really get the enablers.

It's enormously important that people understand how much effort is pursued in this country by the leading financial institutions, as well as the real estate and associations and the American Bar Association to ensure that regulation is kept basically to a minimum. It is totally counter to the public interest.

Regarding Ukraine, you have to ask, if there is a happy ending there, and of course we pray there is, will momentum for all the actions against oligarchs subside. Will we go back to failing to understand that corruption is a security question? It’s visually terrific to show that a yacht has been seized. To show that a $100-million mansion is frozen. But so far nobody has found a good method to criminally prosecute these guys. And I’m very scared actually that we will spend an enormous amount of time and resources trying to find ways to criminally prosecute these oligarchs whilst again ignoring their enablers.

Read the entirety of the blog post and interview, "Frank Vogl on Corruption’s Role in Russia’s War Against Ukraine," originally published in the Corruption in Fragile States Blog. 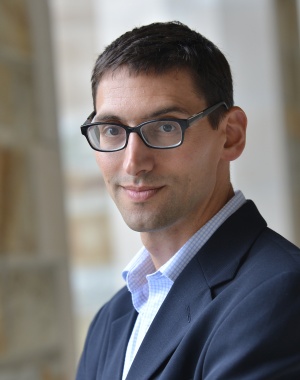