The Regents of the University of Michigan have approved the appointment of Sam Bagenstos as the inaugural Arlene Susan Kohn Professor of Social Policy at the Gerald R. Ford School of Public Policy. Professor Bagenstos, who is currently on leave from the University, is the General Counsel for the U.S. Department of Health and Human Services.  He will become an active member of the Ford School community when his government service ends.

Bagenstos, who also holds an appointment as the Frank G. Millard Professor of Law, is a prolific legal scholar and one of the nation's foremost experts in constitutional and civil rights related to disability, housing, employment, voting, criminal justice, and reproduction.

“I am thrilled to welcome Sam Bagenstos to the Ford School community as the Arlene Susan Kohn Professor,” Dean Celeste Watkins-Hayes said. “His research and advocacy protect and advance the rights of disabled individuals, making him a perfect fit for this professorship. Thanks to the Kohns’ generosity in establishing the Kohn Collaborative, Professor Bagenstos’s appointment strengthens the Ford School’s ability to tackle structural inequalities and train the next generation of leaders in social policy.”

With a gift from Hal and Carol Kohn and the Kohn Charitable Trust, the Ford School established the Arlene Susan Kohn Professorship of Social Policy to support research that contributes to policies advancing the rights of disabled individuals in the United States. It was named in honor of Hal’s twin sister, born with Down syndrome, who passed away in 2016.

“It is particularly gratifying and moving to see my sister’s name associated with this specific chair, the Ford School, and the University,” Hal Kohn said. “We look forward to Professor Bagenstos’ advocacy for the disabled that he will surely bring to this position. This professorship means a lot to us.”

Bagenstos currently serves as General Counsel of the U.S. Department of Health and Human Services. He previously served as General Counsel to the Office of Management and Budget from January 2021 through June 2022. From 2009 to 2011, Professor Bagenstos was a political appointee in the U.S. Department of Justice (DOJ), where he served as the principal deputy assistant attorney general for civil rights, the number two official in the Civil Rights Division.

Among his many accomplishments, Bagenstos was instrumental in updating the 2010  Americans with Disabilities Act (ADA) regulations—the first comprehensive update of those regulations since they were first promulgated in 1991. He also reinvigorated the DOJ Civil Rights Division's enforcement of the U.S. Supreme Court's decision in Olmstead v. L.C., which guarantees people with disabilities the right to live and receive services in the most integrated setting appropriate. He led the negotiations of significant Olmstead settlements with the states of Delaware and Georgia, which guarantee appropriate, community-based services to thousands of people with disabilities. He also personally argued major cases in federal district courts and courts of appeals.

As an academic, his publications include two books regarding disability rights: Law and the Contradictions of the Disability Rights Movement (Yale University Press, 2009) and Disability Rights Law: Cases and Materials (Foundation Press, 2010), one of the leading casebooks on the topic. His academic publications include journals such as the Yale Law Journal, the Stanford Law Review, the Columbia Law Review, the California Law Review, the Georgetown Law Journal, and many others. He has also written articles for non-academic audiences in publications such as Democracy: A Journal of Ideas, The American Prospect, The Washington Monthly, and The New Republic.

Bagenstos frequently consults with civil rights organizations and remains an active appellate and U.S. Supreme Court litigator in civil rights and federalism cases. He has argued four cases before the Supreme Court, including Young v. United Parcel Service, 135 S. Ct 1338 (2015), which established new protections for pregnant workers, and United States v. Georgia, 546 U.S. 151 (2006), which upheld, as applied to his client's case, the constitutionality of Title II of the ADA. Professor Bagenstos also has testified before Congress on several occasions, including in support of the Fair Pay Restoration Act, the ADA Amendments Act, the Employment Non-Discrimination Act, and the Convention on the Elimination of All Forms of Discrimination Against Women, as well as on the application of the ADA to advancing technology and the problem of mental illness in prisons.

Bagenstos received his BA from the University of North Carolina in 1990, and his JD from Harvard Law School in 1993, graduating magna cum laude with the Fay Diploma.  After law school, Professor Bagenstos clerked for Judge Stephen Reinhardt (Ninth Circuit) for one year, then joined the Civil Rights Division in the U.S. Department of Justice.  He served as a law clerk to Justice Ruth Bader Ginsburg of the Supreme Court during the 1997 term. Prior to joining the Michigan Law faculty in 2008, Professor Bagenstos was a professor at Washington University School of Law where he also served as the associate dean for research and faculty development.

Since 2018, Hal and Carol Kohn and the Kohn Charitable Trust have committed a total of $17 million to the Ford School to establish the Kohn Collaborative for Social Policy, a hub that will catalyze interdisciplinary research and policy impact to promote social equity and inclusion for all U.S. residents. The collaborative consists of three pillars: Kohn Professors, Kohn Scholars, and policy impact. The Arlene Susan Kohn Professor of Social Policy is one of five Kohn professorships. 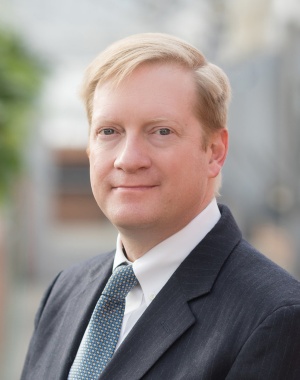 Arlene Susan Kohn Professor of Social Policy
Bagenstos specializes in constitutional and civil rights litigation, with interests in labor and employment, disability rights, and housing. He currently serves as general counsel of the U.S. Department of Health and Human Services and is on leave from the university.
Share: