Free and open to the public Join the conversation on Twitter: #fordschoolbernanke About the event: Please join us as Chairman Bernanke visits the University of Michigan for a conversation with Ford School Dean Susan M. Collins on monetary policy, recovery from the global financial crisis, and long-term challenges facing the U.S. economy. Chairman Bernanke will also take questions from the audience and from Twitter.

From the speaker's bio: Ben S. Bernanke began a second term as Chairman of the Board of Governors of the Federal Reserve System on February 1, 2010. Dr. Bernanke also serves as Chairman of the Federal Open Market Committee, the System's principal monetary policymaking body. He originally took office as Chairman on February 1, 2006, when he also began a 14-year term as a member of the Board. His second term as Chairman ends January 31, 2014, and his term as a Board member ends January 31, 2020. Before his appointment as Chairman, Dr. Bernanke was Chairman of the President's Council of Economic Advisers, from June 2005 to January 2006. Dr. Bernanke has already served the Federal Reserve System in several roles. He was a member of the Board of Governors of the Federal Reserve System from 2002 to 2005; a visiting scholar at the Federal Reserve Banks of Philadelphia (1987-89), Boston (1989-90), and New York (1990-91, 1994-96); and a member of the Academic Advisory Panel at the Federal Reserve Bank of New York (1990-2002). From 1994 to 1996, Dr. Bernanke was the Class of 1926 Professor of Economics and Public Affairs at Princeton University. He was the Howard Harrison and Gabrielle Snyder Beck Professor of Economics and Public Affairs and Chair of the Economics Department at the university from 1996 to 2002. Dr. Bernanke had been a Professor of Economics and Public Affairs at Princeton since 1985. Dr. Bernanke has published many articles on a wide variety of economic issues, including monetary policy and macroeconomics, and he is the author of several scholarly books and two textbooks. He has held a Guggenheim Fellowship and a Sloan Fellowship, and he is a Fellow of the Econometric Society and of the American Academy of Arts and Sciences. Dr. Bernanke received a B.A. in economics in 1975 from Harvard University (summa cum laude) and a Ph.D. in economics in 1979 from the Massachusetts Institute of Technology. View pictures of the event on Flickr 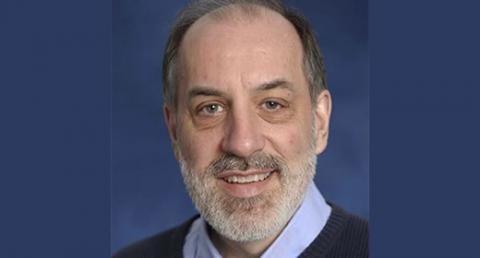