Ambassador Melvyn Levitsky, a retired career minister in the U.S. Foreign Service, is a professor of international policy and practice at the University of Michigan's Gerald R. Ford School of Public Policy. He also serves as senior associate of the school's International Policy Center, senior advisor to the Weiser Diplomacy Center, and faculty associate of the university's Center for Russian and East European Studies (CREES).

Prior to joining the University of Michigan in the fall of 2006, Ambassador Levitsky taught for eight years as professor of practice in public administration and international relations at Syracuse University's Maxwell School of Citizenship and Public Affairs. He maintains status as a distinguished fellow at the Maxwell School's Moynihan Institute of Global Affairs. He has also taught at Johns Hopkins University School of Advanced International Studies (SAIS).

In 2003, Ambassador Levitsky was elected by a vote of the United Nations Economic and Social Council, and reelected in 2007, to a seat on the International Narcotics Control Board (INCB), an independent body of experts headquartered in Vienna and responsible for monitoring and promoting standards of drug control established by international treaties. He served on the INCB until 2012.

During his 35-year career as a U.S. diplomat, Levitsky was ambassador to Brazil from 1994-98 and before that held such senior positions as Assistant Secretary of State for International Narcotics Matters, executive secretary of the State Department, ambassador to Bulgaria, deputy director of the Voice of America, and Deputy Assistant Secretary of State for Human Rights. Ambassador Levitsky also served as director of the State Department's Office of UN Political Affairs and as officer-in-charge of U.S.-Soviet Bilateral Relations. Earlier in his career he was a political officer at the U.S. Embassy in Moscow and a consul at U.S. Consulates in Belem, Brazil and Frankfurt, Germany.

Ambassador Levitsky is the recipient of numerous Department of State Meritorious and Superior Honor Awards and Presidential Meritorious Service Awards. On his retirement he received the Secretary of State's Distinguished Service Award. Ambassador Levitsky is a member of the American Academy of Diplomacy, the U.S. Foreign Service Association and the Drug Free America Foundation, and its Institute on Global Drug Policy. He received a Lifetime Achievement Award from the non-governmental organization, Smart Approaches to Marijuana (SAM) in 2018.

The Weiser Diplomacy Center serves as a hub for engagement with the foreign policy community, bringing a diverse cadre of seasoned diplomats and foreign policy experts to campus and creating new opportunities for students and faculty.

The International Policy Center supports the faculty and students of the University of Michigan and the Gerald R. Ford School of Public Policy in creating new knowledge, fostering considered debate, and developing the policy leaders of tomorrow. The center supports interdisciplinary research, education, policy analysis, and discussion in the areas of prosperity, rights, security, and trade. 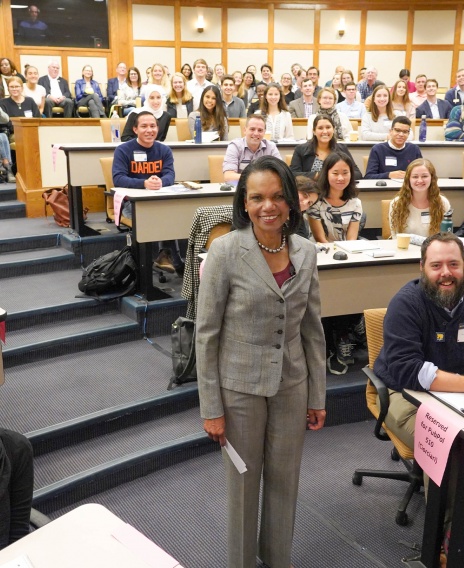 The Ford School's Weiser Diplomacy Center has made the University of Michigan a leading, dynamic hub for engagement with the foreign policy community and a national leader in international policy education.