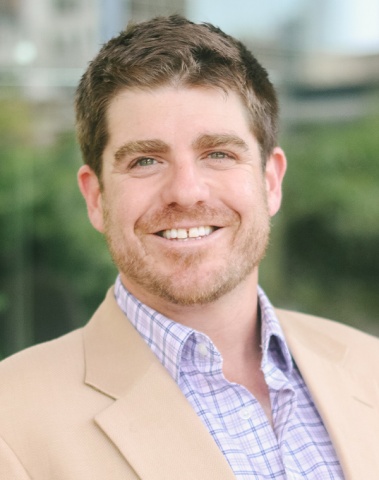 Nick Occhipinti (MPP ‘08) describes himself as “your friendly neighborhood lobbyist” — but, his job entails so much more than that.

“When I win, nobody makes any more money, nobody gets a raise, but Michigan’s air, land and water get a little bit cleaner,” he said.

Occhipinti is passionate about serving the people of Michigan and protecting the environment. These two characteristics led him to his current job as the government affairs director for the Michigan League of Conservation Voters. In his role, he has to be persuasive as he lays out environmental issues to lawmakers, negotiates with them about potential solutions, and then holds them accountable around election time when the organization releases voting scorecards and endorsements.

Before Occhipinti was an environmental lobbyist, he spent time as a field organizer for Barack Obama’s 2008 campaign, an English language and cultural teacher in Spain, and a policy director for the West Michigan Environmental Action Council. In his role as policy director, he had the opportunity to author the Grand Rapids Climate Resiliency Report, which focused on delivering actionable, state and local climate recommendations.

“We wanted to give community decision-makers solutions by converting macro climate science into Grand Rapids specific impacts — anticipating the predicted climate changes and offering public policy solutions,” he explained. “It was a very unique document because it was local — it wasn’t about polar bears or ice caps, it was about how the city of Grand Rapids would be impacted by climate change, what it would do to their stormwater systems and energy grid, what impact it would have on crime and food systems.”

Occhipinti’s local policy experience helps him at the state policy level. He said there is “great reciprocity” between local and state governments, and he is working to create more immediate connections between the state government and the policy best practices research institutions, like the University of Michigan generate.

“I’ve found that the gap between what is known by science and academia and what is actually a part of the civic discourse in Lansing is very wide,” he said. “I’ve made it a mission to make sure there is more academic and scientific input directly into legislative discussion.”

He’s recently partnered with the Ford School’s Program in Practical Policy to tap into student talent to bridge that gap. Students will complete research and present it so that policymakers can move it through the legislative process. He said those connections between academia and policymaking in real time will make a big difference.

Occhipinti himself serves as a connector between the environment and legislators.

“I have to be able to work with anyone and everyone, whether that’s folks from Detroit, West Michigan or the UP,” he said. “Sometimes their problems are very similar, but other times they are quite different. I have to engage them in their language, meet them where they’re at ... oftentimes economics is a useful tool to reach them. It’s extremely useful to be able to call on the rational choice theory that is the basis for that.”

Frequently, Occhipinti has to call upon another strategy to achieve this collaboration: empathy.

“The problems of a dense city or urban environment are much different than the problems of the Upper Peninsula,” he said. “Both have very real challenges in life, and being able to empathize and suspend your own belief systems and worldview for a moment, and to really occupy and live in their space and see the world how they see it to me is the most powerful tool.”

Occhipinti says that being able to see and hold different points of view is a skill that is harder to come by, and by some maybe even less valued.

“Frankly, in this moment of polarization and increasing tribalization, that skill does not exist. It’s evaporating,” he said. “At the end of the day, it hurts us all in terms of finding and creating a body politic that serves the greatest number of people in the best possible way. But, those skills are something that the Ford School taught very well. It’s pushing aside the psychological traits and forces that move you towards an extreme or tribal position, and giving you the analytical tools to be rational and to divest yourself emotionally from an issue.”