What happens when a public health program intervention actually works against the very problem it’s trying to solve? It turns out, that’s exactly the result a Ford School research team is confronting now.

Ford School PhD student James Allen IV and Professor Dean Yang’s research looks at the efficacy of a program in Mozambique that is a part of the U.S. Presidential Emergency Plan for AIDS Relief (PEPFAR). One priority for PEPFAR, the world’s largest source of funding for HIV/AIDS programs in developing countries, is to raise HIV testing rates by improving knowledge about HIV/AIDS and reducing HIV-related stigmatizing attitudes. In Mozambique, however, a PEPFAR program appears to have had the opposite effect. Allen and Yang et al. find, through a randomized control trial, that the community program, Força à Comunidade e Crianças (FCC, “Strengthening Communities and Children”), actually decreased HIV testing rates, increased misinformation about the disease, and increased stigmatizing attitudes toward people living with HIV.

“Contrary to expectations, the program has a substantial negative effect on HIV testing rates,” they write. After such a surprising result, the team then sought to identify what was likely contributing to the program’s adverse effects using survey data on secondary outcomes and conducting additional household-level randomized experiments. They found that “the program’s negative impacts are due to increased misinformation about HIV, and worsened HIV-related stigmatizing attitudes.”

“Individuals might be deterred from getting an HIV test if they fear the stigma that comes with being HIV positive,” says Allen, “and the FCC program appears to have had a worsening effect on stigma and stigma-inducing misinformation.”

The researchers tested the effectiveness of possible remedies to reverse the program’s unintended consequences and found that providing correct information and addressing stigma concerns at the household level helped to counteract the program’s negative impact on HIV testing rates.

The team also identified areas of future study and the need to find new ways to improve people’s knowledge about HIV and to reduce HIV-related stigmatizing attitudes.

For instance, in future studies, “it would be important to collect detailed data on what exactly program staff are doing, what kind of information they are conveying to the population, and how people are reacting to and interpreting the information. It would also be useful to examine how people respond to and interpret home visits [by program staff], either as recipients of visits or observers of others’ visits,” write Yang et al.

The team’s findings suggest there may be “simple and cheap ways to improve knowledge and to reduce stigma” and that “future work should seek to pursue these and other related research directions.”

To learn more about Professor Yang’s research in Mozambique, visit the project website. 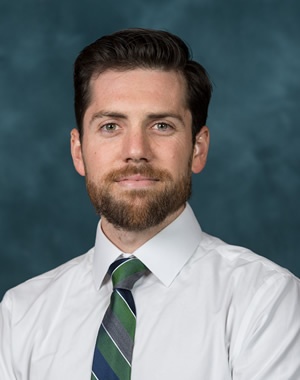