Leading up to and following the midterm elections, Ford School faculty provided their expertise on pertinent issues, ranging from redistricting to the economy to voter priorities.

Justin Wolfers discussed the logic behind betting on elections in The New Yorker. “The same overconfidence that leads people to bet on football also leads people to reject the advice that prediction markets give,” he said.

Wolfers also discussed the state of the economy going into the midterms on ABC Australia. "It's just a mixed bag and it's not as simple as being grim or not. Voters have told us year after year that the most important economic issue is unemployment,” he said. “And unemployment in the United States, as it is pretty much in Australia, is standing at 3.5%, pretty much at a 50-year low. So before we call the economy grim, realize there are some real rays of sunshine. Of course, what's got people upset is that inflation is reasonably high at the moment."

Jonathan Hanson broke down all three ballot proposals ahead of the elections.

"(Proposal 1's) big difference would be that all twelve of those years could be the same legislative body. So one could serve 12 years in the house or in the senate or 12 years overall. Their assets, their liabilities, their sources of income, and any gifts that they receive from lobbyists (would be reported),” he explained for WXYZ. “(Proposal 2 would allow) voters to request an absentee ballot for every election in the future so that it would just come automatically. In short, Proposal 3 makes reproductive freedom a right in the state’s constitution."

Similarly, Richard Hall cleared up any misconceptions about Proposal 2, telling USA Today, "The policy (of not allowing felons to vote from prison) would not change without the legislature deciding to change it. 'Harassing conduct' has nothing to do with it."

In the closing hours of the election, Rusty Hills weighed in the tight race between Elissa Slotkin and Tom Barrett in Michigan’s 7th District. "There’s no question, this is two heavyweights just trading blows all the way to the 15th round,” he said in The Detroit News. “This is going to go right down to the bell. Control of Congress is probably going to come down to a dozen or half dozen seats, and this is clearly one of those that’s going to determine which party is the majority in the U.S. House."

An effort on the U-M campus to engage student voters was highlighted in Bridge Michigan. Edie Goldenberg, the faculty advisor to students in Turn Up Turnout, a U-M organization focused on increasing student civic engagement, said she empathizes with the obstacles some students face. “I think there’s a little nervousness about the poll and whether they are going to run into people that are going to hassle them,” she said. “I think the nervousness they have even more, when they look at a ballot, it seems like an awful lot.”

“We’re working to build a culture of voter engagement on campus,” she said.

Barry Rabe analyzed the role of fracking in another targeted race – the Pennsylvania gubernatorial election. He commented on Republican candidate Doug Mastriano’s argument of responsible fracking. “That’s an interesting phrase,” Rabe told Capital & Main. “I’m not sure that the attorney general has made that terribly clear. Sounds as if it would not [amount to] any major restrictions on drilling.”

He was quoted in The Washington Post on the Michigan governor's race, noting that environmental issues were not a major factor. “The abortion issue is just front and center here,” Rabe said. “I say that from my home study, where I can look out my window and see my neighbors' signs.”

Rabe discussed the role of climate change in the midterms in E&E News. "I actually think the bigger lessons that are going to come out of this election are these governor’s races where you have really significant differences between the candidates,” he said. “And in some cases, you have very established Democrats, incumbents, but they’re in serious races, and most of them have not made climate a top tier issue, but they’ve moved on climate. In some respects, 2024 becomes a better test of all of this than 2022 because then you’ve got the presidential race, you are presumably a couple of years into IRA implementation. And the chances of people having some immediate or direct experience with a tax credit or something goes up."

Following the news of Governor Gretchen Whitmer’s victory, Jenna Bednar discussed the importance of education in the race. "Voters appreciated how hard she worked to increase the funding available for public schools,” she told Chalkbeat Detroit. “She didn’t run on a major transformation of the education system. She didn’t run saying we need to revamp the curriculum, or ban books, or keep certain ideas out of the classroom. Voters responded to that. They said, 'Yeah, we don’t need to go there.'"

Looking at Congressional races, Rabe also discussed how distribution of Inflation Reduction Act funds hung in the balance in E&E News. "We’re in new territory here. We’ve never had an environmentally focused spending bill of this magnitude before,” he said. “Everything becomes dramatically easier for Biden (with Democrats in charge)."

With the statewide results in, Hanson described how redistricting impacted the election.  "(The election result) shows what happens when the district lines are drawn through a fair process. The districts in Michigan had been written by Republicans 10 years ago, and it made it very difficult to have competitive races across the board,” he said in Newsweek. “The new districts are much more fair, and they created a much more competitive situation and so that laid the groundwork for what we saw happen."

He also told People that the late polls which showed a close race for Michigan governor was politically-tainted. "There's pretty strong evidence that at least that poll that came in right before the election was an effort to generate a political narrative. I didn't need to wait for the race results to say 'no, I don't think this race is tied,'" he said.

"It's kind of a shift in the center of political gravity in Michigan,” he told WXYZ. “These larger counties are now starting to produce some pretty significant vote margins for Democratic candidates." 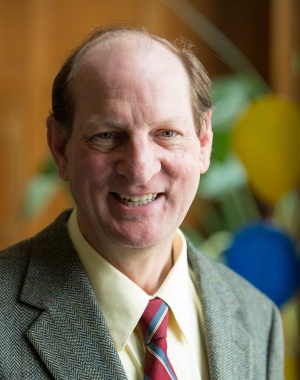 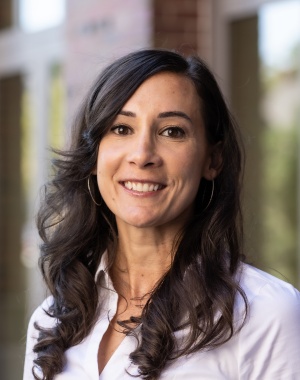