Covering the campaign: A conversation with national political reporters

Online event
Join us for a conversation about covering the campaign trail with two senior political reporters, Jane Coaston of Vox and Daniel Strauss of The Guardian. 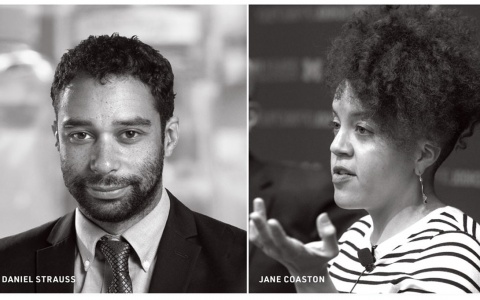 “Trump, Twitter and Fake News: How Journalists Can Build Credibility by Opening Up Their Work” with David Fahrenthold

Lydia Mendelssohn Theatre
Pulitzer Prize-winning reporter David Fahrenthold of The Washington Post offers suggestions for both reporters and news consumers on navigating this new era. He will discuss how journalists can open up their own reporting process through social media, show the public the work that underlies their stories and invite readers in as co-collaborators.

Weill Hall, Betty Ford Classroom 1110
Can a carbon price survive in a highly decentralized, fossil-fuel producing nation that is tightly integrated with the economy of the United States? Against the backdrop of worldwide interest in carbon pricing as a way to meet commitments made in Paris, and in the context of a Trump presidency, this talk examines the history, origins and prospects of carbon pricing in Canada. The talk will focus on recent efforts at developing a national carbon price framework at the federal level, the challenges now facing the current federal government as it moves toward implementation, and the prospects for carbon pricing in the future. Specific attention will be paid to the role of recalcitrant provinces, a divided public, and the influence of political developments in the United States. The talk will also explore key controversies over carbon pricing, and highlight potential lessons from the Canadian experience.

Weill Hall, Betty Ford Classroom 1110
With Republicans controlling Congress and the White House following the 2016 elections, Democrats have turned to the states to spur challenges to President Trump’s agenda. Among the most prominent of Trump’s state-level adversaries have been state attorneys general, who in just the first few months of 2017 have challenged federal policy from immigration to the environment. While intergovernmental conflict has continued to deepen, AGs have also found areas of bipartisan cooperation as well. This talk will discuss the role of state AGs during the early months of the Trump Administration. In addition to providing an overview of the various tools AGs have used to gain national prominence, Dr. Nolette will highlight several of the emerging trends in AG activity.

Japan's Economic and Security Policy in the Trump Era