Community colleges today enroll over one-half of all college students nationwide or nearly 12 million students. And yet, fewer than 40% of those who start at a public two-year college earn any type of degree within six years. Even among those students who intend to complete a degree, only about one-third do so within six years. Several factors have been identified as contributing to these relatively low rates of persistence: inadequate academic preparation, high costs (both direct and indirect) and insufficient financial aid, ineffective curriculum, and lack of adequate institutional support. In 2003 MDRC launched the Opening Doors demonstration in an effort to learn more about the factors that affect community college students' enrollment and completion. In total, six community colleges in four states are participating in the demonstration and are testing the impact of curricular and instructional innovations, enhanced student services, and supplemental financial aid on student outcomes. At each site, students were randomly assigned to either a program group (that received the enhanced Opening Doors services) or a control group (that received the college's standard services). This talk will present the findings from two participating sites. In the first site -- Kingsborough Community College -- we studied the effectiveness of Learning Communities and in the second -- community colleges in New Orleans -- we studied the impact of incentive-based scholarships on student outcomes.

Cecilia E. Rouse is the Theodore A. Wells '29 Professor of Economics and Public Affairs at Princeton University. Her primary research and teaching interests are in labor economics with a particular focus on the economics of education. She has studied the economic benefit of community college attendance, evaluated the Milwaukee Parental Choice Program, examined the effects of education inputs on student achievement, tested for the existence of discrimination in symphony orchestras, and studied unions in South Africa and the effect of financial aid on college matriculation. Her current research evaluates Florida's school accountability and voucher programs. In addition, she is currently conducting randomized evaluations of technology-based programs in schools in three large urban school districts as well as a randomized evaluation of strategies for increasing educational attainment among community college students. She is also studying the impact of student loans on post-college occupational choices. Professor Rouse is currently a senior editor of The Future of Children (a Princeton-Brookings publication) and an editor of the Journal of Labor Economics. She is the founding director of the Princeton University Education Research Section and currently is director of the Industrial Relations Section as well. She is also a member of the MacArthur Foundation's Research Network on the Transition to Adulthood. In 1998-99 she served a year in the White House at the National Economic Council. Professor Rouse received her Ph.D. from Harvard University.

Sign up for information about news and events from the Ford School.
11:30 am-1:00 pm 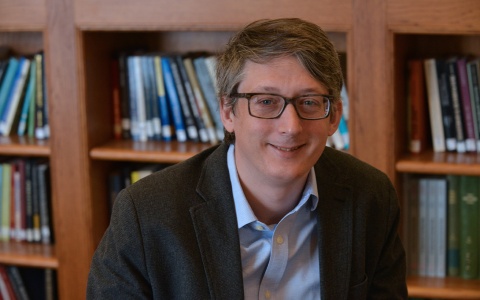