Join us for a virtual discussion with Larry Hogan, Governor of Maryland, about his new book, Still Standing. Barry Rabe, J. Ira and Nicki Harris Family Professor of Public Policy at the Ford School and Arthur Thurnau Professor of Environmental Policy, will moderate the discussion.

This event is presented in partnership with Detroit Public Television.

Larry Hogan is the 62nd governor of Maryland and chairman of the National Governors Association. Recently reelected in a landslide, he is only the second Republican governor in Maryland history to win a second term. Known for his practical solutions, his stark transparency and his ability to work across party lines, he is also a proud survivor of late-stage non-Hodgkins lymphoma. His wife, Yumi Hogan, is the first Korean-American first lady in America. The Hogans live in the historic state capital of Annapolis.

Still Standing reveals how an unlikely governor is sparking a whole new kind of politics—and introduces the exciting possibilities that lie ahead. As the rookie Republican governor of deep-blue Maryland, Larry Hogan had already beaten some daunting odds. A common-sense businessman with a down-to-earth style, he had won a long-shot election the Washington Post called "a stunning upset." He'd worked with cops and neighborhood leaders to quell Baltimore's worst rioting in 47 years. He'd stared down entrenched political bosses to save his state from fiscal catastrophe, winning praise from Democrats, Republicans and independents.

But none of that prepared him for the life-threatening challenge he would have to face next: a highly aggressive form of late-stage cancer. Could America's most popular governor beat the odds again?

The people of Maryland, with their "Hogan Strong" wristbands, were certainly pulling for him, sending him back to the governor's office in a landslide. As Governor Hogan began his second term cancer-free, his next challenge went far beyond Maryland: bringing our divided country together for a better future.

Still Standing is available for purchase: 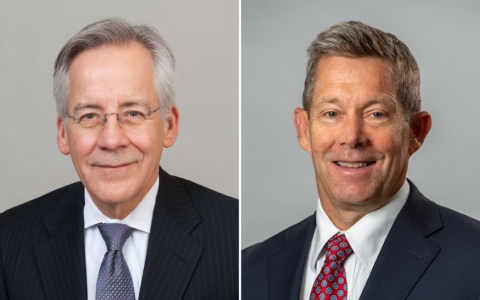