The David Bohnett Foundation Leadership and Public Service Fellowship, generously funded by University of Michigan alumnus David Bohnett (MBA '80), is competitively awarded to three incoming master’s students each year. They offer two years of in-state tuition support and a funded internship in the City of Detroit Mayor’s Office, working directly with a group executive on the mayor’s policy priorities. Through the fellowship, the Bohnett Foundation seeks to improve society through social activism and advance a spirit of community and justice.  David Bohnett describes the fellowship here.

Stay tuned for next year's application.

"Through the program, I hope that residents [of Detroit] will meet the next generation of public servants and that might go a long way to increase our faith in the power of good government....I hope to advance a spirit of community and justice."
David Bohnett (MBA '80) 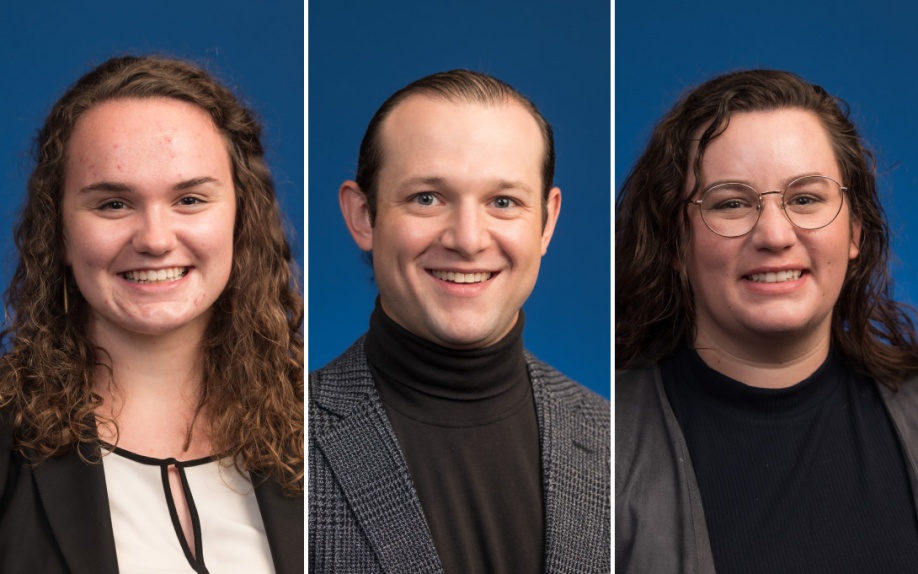 Rob Svoboda is a Dual Degree Master of Public Policy student at the Gerald R. Ford School of Public Policy and a Master of Urban Planning student at Taubman College of Architecture. He previously conducted market research for the semiconductor industry and worked on political campaigns for Wendy Davis and Beto O’Rourke. While at Michigan, he has worked on land bank projects in Youngstown and Flint in addition to preparing a capstone project that applied machine learning methods to disaster recovery in Southeastern Louisiana. Rob has also worked on broadband connectivity at a city and in the electric cooperative space. He is committed to addressing digital divide problems in his work and is particularly interested in the role municipalities and cooperatives can play in digital equity initiatives. Rob holds a Bachelor of Science in Advertising from the University of Texas at Austin.

As a justice-centered policy student and designer, Kayla Guillory is committed to forging a career that uses design methods in a policy context. By allowing herself to be unrestricted by traditional professional boundaries, she is able to explore the best possible ways to confront problems facing municipalities and their inhabitants. After graduating from Stanford University with a B.S. in Product Design, Kayla worked as a user experience professional in the healthcare industry. Based on this work, she has developed many frameworks to better understand people, their goals, and how they prioritize their lives. Her value as a dual degree student, earning both a Master's of Design in Integrative Design and a Master’s of Public Policy at the University of Michigan, comes from the ability to approach complex problems in thoughtful and holistic ways. She designs with, not for, partners and seeks ways to be a proactive, instead of reactive, change agent.

Zoe Pidgeon is a student of Public Policy at the University of Michigan Ford School. She earned degrees in Political Science and Economics with minors in French and Arabic from Wayne State University, graduating summa cum laude in 2020. She has conducted and published research relating to voting rights, campaign strategies, comparative politics, and populism. Prior to arriving in Ann Arbor, she worked for ComEd, the electric utility for Northern Illinois, to advance the integration of clean-energy technologies into its electric power grid. Focused on development and policy, Zoe contributes globally, as well, advocating to include youth in high-level policy dialogues as a member of United Nations Major Group for Children and Youth Sustainable Development Goal 7 Youth Constituency’s Coordination team.