The Ford School marked Black History Month by lifting up Black voices with a series of discussions about identifying inequities in society and seeking policy solutions to address them. Research centers, student groups, faculty, staff, and alumni all participated, tapping into the Ford School’s deep strengths in social policy and data analysis..

Here is a look at the Ford School activity in February. More discussion and examination will take place in March and beyond, as part of the school’s ongoing commitment to confronting structural racism.

Professor Earl Lewis led a session of the Public Policy and Institutional Discrimination Discussion Series with an examination of History, Reparations, and Policy 2.0.

Reuben Jonathan Miller of the University of Chicago School of Social Service Administration was featured in a book talk about his recent title, “Halfway Home: Race, Punishment, and the Afterlife of Mass Incarceration,” hosted by associate dean for research and policy engagement and director Luke Shaefer and including responses from Towsley Foundation Policymaker in Residence Broderick Johnson.

The Education Policy Initiative co-sponsored a seminar on Using Multiple Forms of Data to Talk about Diversity, Equity, and Inclusion in Liberal Arts Education as part of a series on “Measuring the Liberal Arts.”

Economics professor Betsey Stevenson engaged with Michigan State University economist Lisa D. Cook about her research on innovation and diversity, which has shown that while both women and underrepresented minorities have earned an increasing share of bachelor’s degrees and advanced degrees in fields most associated with invention, patent activity for these groups has not increased.

As part of its Young Leaders in Public Service series, the Program in Practical Policy Engagement presented an opportunity for students to meet with Detroit lawyer and activist  Nick Colvin and with Ja'Bree Harris, Detroit Action civic engagement manager, who spoke about his engagement in the political process to craft policy to fight injustice and promote equity.

Alumni also participated. The Science, Technology, and Public Policy (STPP) program hosted an alumni discussion with Melvin Washington (MPP '18), who discussed his work at the Vera Institute of Justice, serving its Center on Sentencing and Corrections’ jail reduction efforts through research, writing reports, and providing technical assistance to local decision-makers.

STPP director Shobita Parthasarathy was part of a panel, Racial Justice in the Age of Data and AI, on how data scientists can be part of the solution to social disparrities, which was hosted by  the Michigan Institute for Data Science.

The end of Black History Month does not end the Ford School’s examination of racial disparity and racial justice. A few events in March represent the school’s ongoing activities.

On March 3, the school will host a Conversation Across Differences with Rebecca Carroll, discussing her book "Surviving the White Gaze."

STPP presents A conversation about sustainability, social justice, and public policy on March 8, with Darshan Karwat, assistant. professor, School for the Future of Innovation in Society, Arizona State University and Tony Reames, assistant. Professor at U-M’s School of Environment & Sustainability.

Johnson will lead a discussion on Lobbying and mass incarceration on March 11. 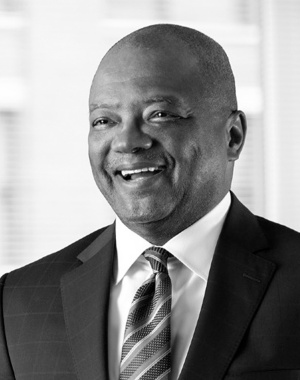